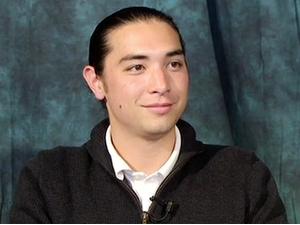 When Atlantan Randy Pires graduated from the Georgia Institute of Technology in 2007, he took an engineering job in the modern-day equivalent of the Wild Wild West.

The African nation of Angola experienced 27 years of civil war after gaining independence from Portugal in 1975. While the country of 12.8 million people is peaceful now and its economy is rapidly growing because of oil and natural gas reserves, the infrastructure is still primitive by modern standards.

“There are no street signs there,” said Mr. Pires, 25. “It’s hard to even make phone calls sometimes. I truly look at it like going back in time.”

And yet for all its problems, including the world’s lowest life expectancy, Mr. Pires sees Angola as ripe for business opportunities, particularly for the young and adventurous.

“There’s a vast amount of opportunity,” he said.

Mr. Pires went to Angola to work on a liquefied natural gas project. But seeing great untapped potential in the broader Angolan economy, he later decided to join a company called SA Investments.

In his new job, Mr. Pires, who is the son of Mark Towery, managing partner of Atlanta-based industrial research and strategy firm, Geo Strategy Partners and Atlanta attorney Jeong-Hwa Lee Towery, is working to fill the many gaps in the Angolan economy.

Working with an associate, Cecilia Sant'Anna, Mr. Pires installs satellite Internet systems for companies and helps businesses import products at competitive prices, handling all the shipping and logistics. Mr. Pires and Ms. Sant'Anna  are developing online reservation systems for hotels and rental car companies, a service that is taken for granted in most countries but is virtually non-existent in Angola. They produced a printed catalog for consumer products, a rare item in Angola.

Mr. Pires and Ms. Sant'Anna hope to also develop an Internet portal for tourism so that visitors can book tours and safaris.

Despite its many problems, Angola has beauty and charm, said Mr. Pires. He has become attached, in particular, to a city called Soyo.

“It’s very tropical,” he said. “It’s right on the Congo River at the mouth where it meets the Atlantic Ocean. You have mangos, you have avocados, all this tropical stuff. It’s very calm and peaceful.”

Soyo is not very developed and Mr. Pires sees great potential for tourism there.

Other than oil companies, few multinational corporations have ventured into Angola so far. Mr. Pires is laying the groundwork for long-term business relationships there.

“One of the huge things with the culture there is face-to-face interaction,” he said. “It’s a lot more old school. It’s a lot more meeting and greeting people.”

When asked why he stays in Angola, Mr. Pires quickly answered, “The opportunity.” And he points out that for a young entrepreneur there is no better to place to be.

“Where else is there to develop?” he asked. “There's plenty of opportunity there. There’s plenty of room for everybody. It’s incredibly exciting.”