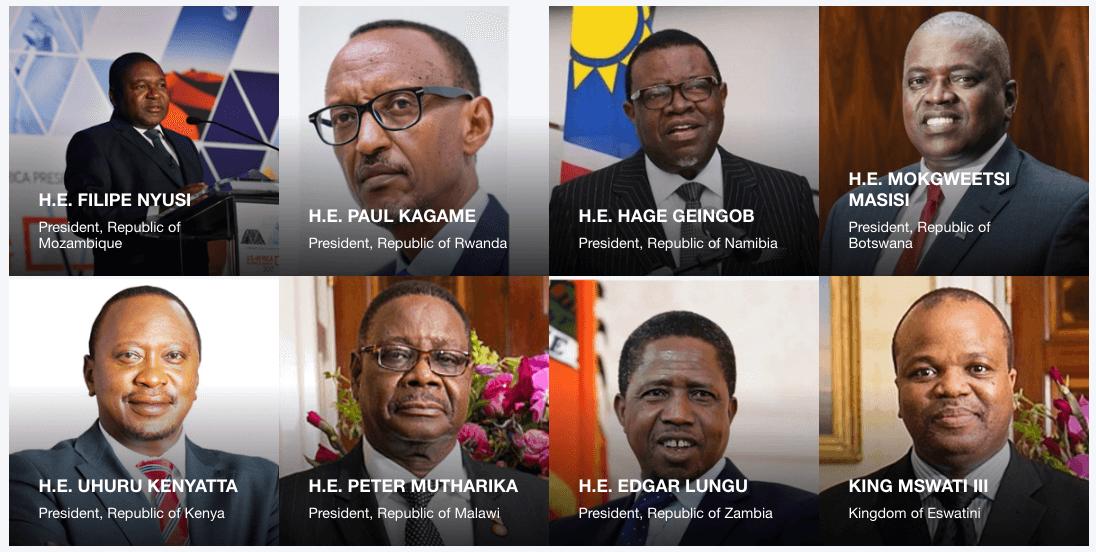 A few of the heads of state that will be joining a conference focused heavily on US-Africa business ties, including an emphasis on business-to-government connectivity.

Executives from Coca-Cola Co. and AGCO Corp. have speaking roles at this week’s U.S.-Africa Business Summit in Moputo, Mozambique, comprising the limited Atlanta corporate presence at the three-day summit.

Both companies are heavy investors in Africa, with Coca-Cola serving 54 countries via franchised bottling systems and unrivaled local distribution networks, while AGCO, the Duluth-based tractor and equipment manufacturer, operates a “Future Farm” training center in Zambia and multiple factories and parts warehouses across the continent.

Coca-Cola Africa’s director of franchising for southern Africa, Alfred Olajide, will speak on a panel on African consumption trends, while AGCO Africa Vice President and General Manager Nuradin Osman will share the stage with Angola’s trade minister and other executives on an Agribusiness 2.0 panel.

The June 18-21 conference is being put on by the Corporate Council on Africa, a Washington-based business group, and is expected to attract 12 African heads of state. The event started in 1997 and was last held in 2017.

Atlanta has long been seen as a potentially fruitful gateway to the continent, given its prosperous African American business base, strong diaspora communities and longstanding direct air links to South Africa and Nigeria via Delta Air Lines Inc.

Atlanta is also respected for its role in the civil rights movement, and it’s a key hub for telecommunications, digital payments, aviation and other sectors key to Africa’s growth.

Learn more about the event here.