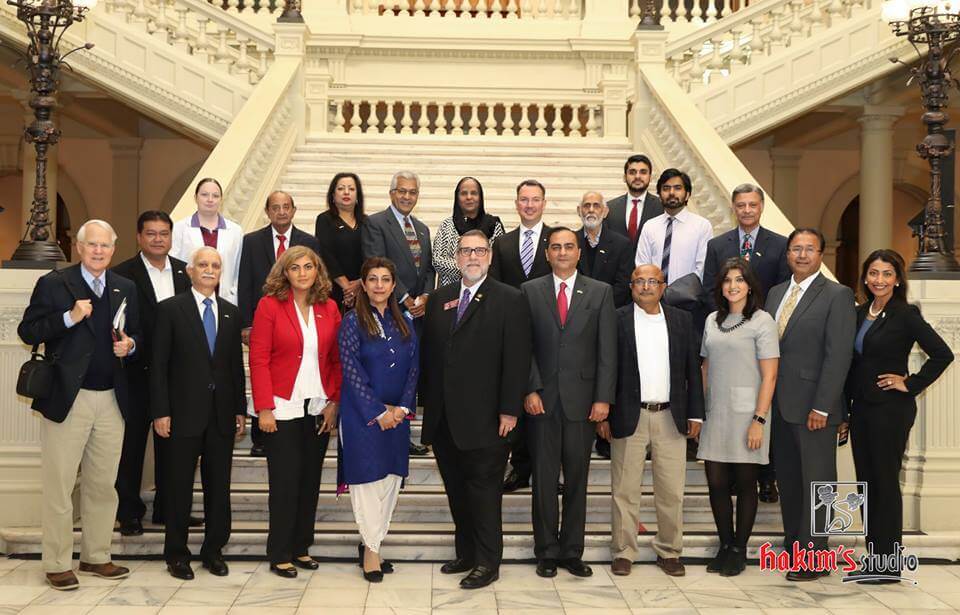 Members of the Pakistani community met with Consul General Aisha Farooqui and State Rep. Pedro Marin of Gwinnett County at the Georgia Capitol.

In what has turned out to be a preparatory visit for her ambassador’s arrival in Atlanta this week, Aisha Farooqui, Pakistan’s consul general based in Houston, met with local officials and members of the Pakistani community here on Nov. 20.

During her visit she underscored her country’s interest in developing closer ties with Georgia and said that she considers the local Pakistani community as a “bridge” for strengthening those ties.

As if to further highlight her government’s interest in the state, Aizaz Ahmad Chaudhry, Pakistan’s ambassador to the U.S., is to lecture on the “Future of Pakistan-U.S. Cooperation: Regional Peace and Prosperity,” tomorrow, Friday, Dec. 1, from 4-5 p.m. at the Georgia Institute of Technology’s Klaus Advanced Computing Building, room 1116 West.

The ambassador, she said, will be making a return, longer visit in February.

A diplomat with Pakistan’s Ministry of Foreign Affairs since 1994, Ms. Farooqui has served in posts around the world including Ankara, Turkey; London; Cairo, Egypt and Paris.

While in London she initiated a program to implement the British Pakistan Foundation, Pakistan’s largest diaspora organization, with the purpose of harnessing the influence of the Pakistan community.

Her message at the Georgia State Capitol was in the same vein where she spoke to two dozen members of the local Pakistani community, and was greeted by State Rep. Pedro Marin of Georgia Gwinnett District 96, who is the Georgia House minority leader, and other officials including Stuart Wilkinson from the Secretary of State‘s office and State Rep. Bob Trammell of Luthersville.

Mr. Marin provided a tour of the House chamber and estimated that 60,000 Pakistanis live in the metro Atlanta area with many in Gwinnett County. He said that because of the diverse communities in his district, he often is called upon to help host ethnic cultural events at the capitol and encouraged that the Pakistanis prepare one for the coming year as well.

During her formal comments, Ms. Farooqui called Atlanta “a very exciting place” featuring innovative companies, a commitment to trade, respected educational institutions, and  a location at the center of a  strong agricultural sector.

“Those are the areas I would like to see a lot of attention given to with delegations going from here to Pakistan where they would have ‘match and make’ meetings that would be trade related.”

She referred to earlier meetings with Georgia Sen. Johnny Isakson and U.S. Rep. Sanford Bishop from the state’s 2nd District, who, she said, agreed that the U.S. should maintain “an important relationship with Pakistan.”

“I was heartened by what they want to see happen,” she added. “Both are very keen to engage and I reiterated the position of the government of Pakistan that we want to see this relationship that has spanned 70 years strengthened. It is one of our very important bilateral relationships.”

Acknowledging that U.S.-Pakistan relations have had “ebbs and flows,” we must keep those doors of dialogue open. “We don’t stop talking,” she said. “We must continue talking so we understand where the other is coming from and bridge those divergences.”

“Even when friends have disagreements they keep talking,” she added, citing high points in the 1970s when Pakistan facilitated introductions to China, during the period that Soviet forces invaded Afghanistan and following the terrorist attack on the World Trade Center towers in New York.

She also alluded to “a structured dialogue” taking place between her government and the Trump administration and cited the recent visit of Pakistan’s foreign minister, Khawaja Muhammad Asif, to Washington where he met with senior officials.

“I think we have shared common objectives even if we have divergent views, and we have no difference in our goals,” she added without referring directly to the administration’s criticisms of Pakistan for not containing terrorist groups more effectively.

She did say that Pakistan’s geography “dictates certain parameters for us. We have also been faced with border problems including the most rugged mountains. It’s a global challenge and only global collective action is going to solve the problem.”

As consul general based in Houston, she has a wide territory in her jurisdiction besides Texas and Georgia including Oklahoma, New Mexico, Louisiana, Arkansas, Colorado, Mississippi, Alabama, and Florida.

Despite the extent of her responsibilities, she promised to remain in touch with the Pakistani community in Georgia. “In my message wherever I go I say that this country is your country of choice: achieve, be successful and join the mainstream and be a force for the contribution of service.”

Members of the community replied that a beneficial means of strengthening the Georgia-Pakistan relationship would be to open a Consulate General in Atlanta. She replied that such a move would have to be approved by both governments, and generally are only completed if there is a reciprocal agreement.

As an alternative, members of the community suggested that at the least an honorary consul be named.

The consul general’s visit to the capitol was organized by members of the Pakistani American Community of Atlanta including Irfan Habib, Farooq Soomro, Sanam Azeem and Farooq Mughal. 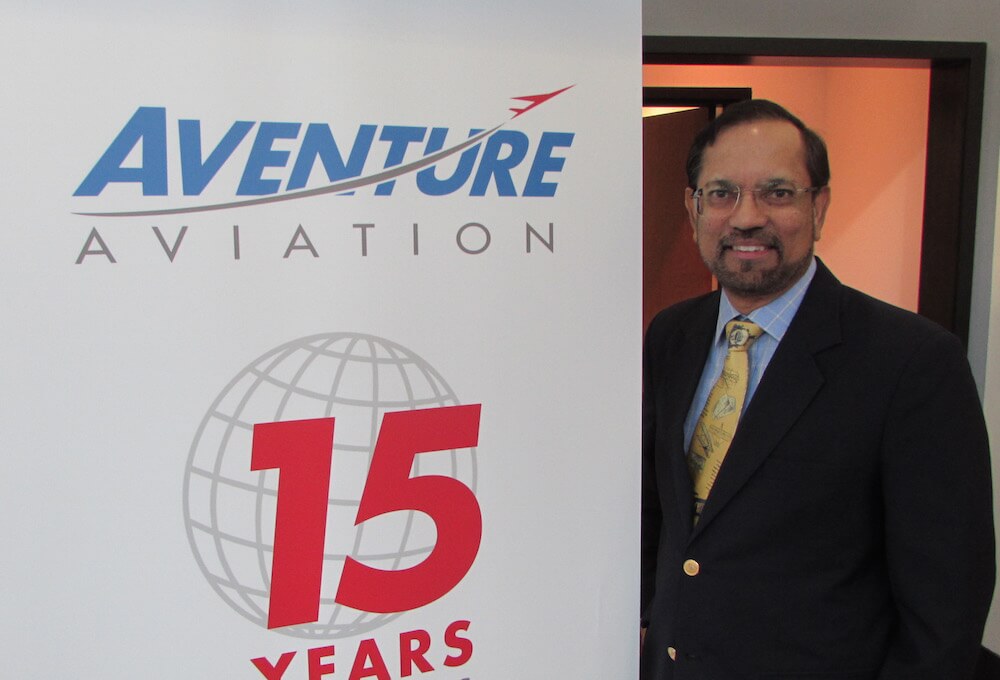