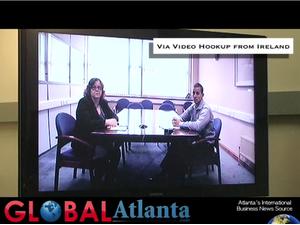 A high school in rural Ireland will soon have a direct, high-speed, high-definition video link to researchers at the Georgia Institute of Technology in Atlanta, allowing students to look through Tech’s million-dollar electron microscope and take classes from top scientists.

“For our students to be able to interact directly with researchers in Georgia, remotely controlled technology such as telescopes and powerful microscopes will be hugely exciting and motivational for our students and teachers,”  Joe Varley, a science teacher at Killina Secondary School, 10 miles from Tullamore, Ireland, told GlobalAtlanta in an e-mail interview.

Killina Secondary School, which will be the first overseas school to participate, was chosen in part because Georgia Tech has a research facility in nearby Athlone, Ireland.

Tech is offering the classes through a program called Direct to Discovery. Tech currently offers the program in about 90 Georgia school systems.

In order to participate, schools must provide superfast Internet bandwith, costing a large school system as much as $30,000, said Mr. Evans.

Kilina's Internet upgrade was paid for by the government of Ireland, said Jackie Gorman, CEO of Atlantic Corridor Ireland, a government-funded agency that promotes economic development in the Midlands region of Ireland.

Science education is increasingly important to economic development as the region attracts medical and pharmaceutical companies such as Isotron Inc., Elan Pharmaceuticals Inc. and Boston Scientific Corp., and loses others in declining industries, said Ms. Gorman.

Jobs in the peat extraction industry, which once was dominant in central Ireland, are fading, she added. Peat is used in power production, but the industry has been through consolidation and downsizing in recent years.

“The jobs people had 10-15 years ago aren’t really around any more,” she said.

Network & Infrastructure Support Ltd., a software company based in Tullamore, is one of the corporate partners in the project with Georgia Tech.

In a visit to Atlanta in September, the company CEO, Gerry Buckley, told GlobalAtlanta that he is considering opening a small office in Atlanta next year. Initially, the Atlanta office would have three to four employees in software sales and support, said Mr. Buckley. His company has 14 employees in Ireland and about $3.5 million in annual sales. Mr. Buckley cited Georgia Tech as one of the reasons for opening an office in Atlanta.

The Georgia Tech connection will help broaden the horizons of Killina students, said Mr. Varley, the science teacher. “As we are a rural school, it will help break down geographical boundaries and extend the school campus outside the walls of the school,” he said.

The video images will be so detailed that students will be able to use the electron microscope as if they were on the Tech campus, said Jessica Pater, research associate at the Georgia Tech Research Institute.

“You can see the follicles of hair in between the lens of an eye of a gnat,” she said. “You can see what an atom of carbon looks like.”

Tech’s experience at schools in Georgia is that the video classes motivate students to learn more on their own about science. “They start investigating and wanting to do their own research,” said Ms. Pater. “You start cultivating that whole scientific method and discovery into kids at a very young age and make it just as cool as being a football player or a cheerleader.”

The program is all the more effective because it is timely, on the cutting edge of scientific research, said Mr. Evans.

“This is the perfect way to introduce the teachers and the students to information that’s not even in the textbooks yet,” he said.

Tech envisions the Irish students taking remote classes once or twice a week. “We don’t want to come in and tell the teacher how to teach,” he said. “We want to augment the textbook, give them a lot more options to learn in real time.”

“It’s virtually unlimited, once you make the connection as to what types of science or even the arts you can teach with this,” said Mr. Evans. 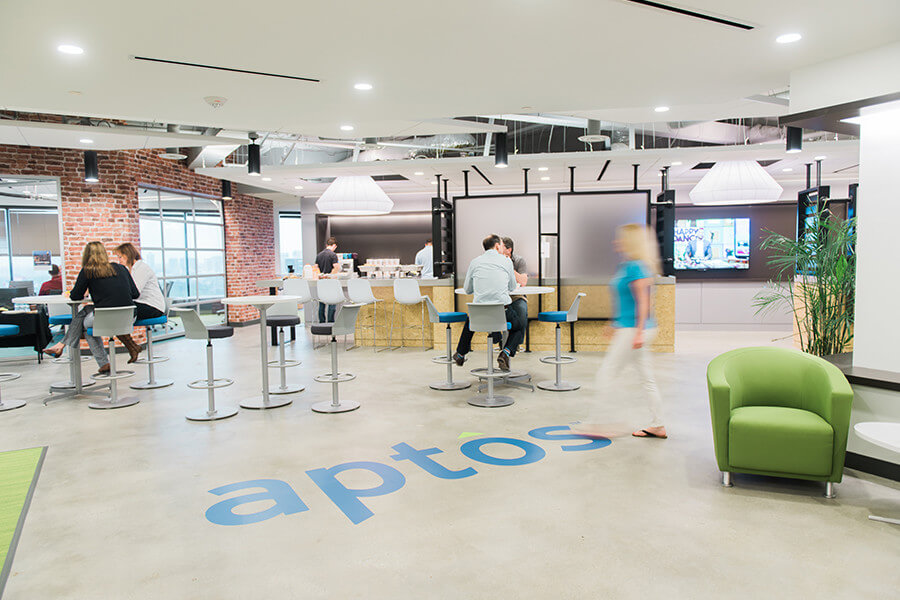