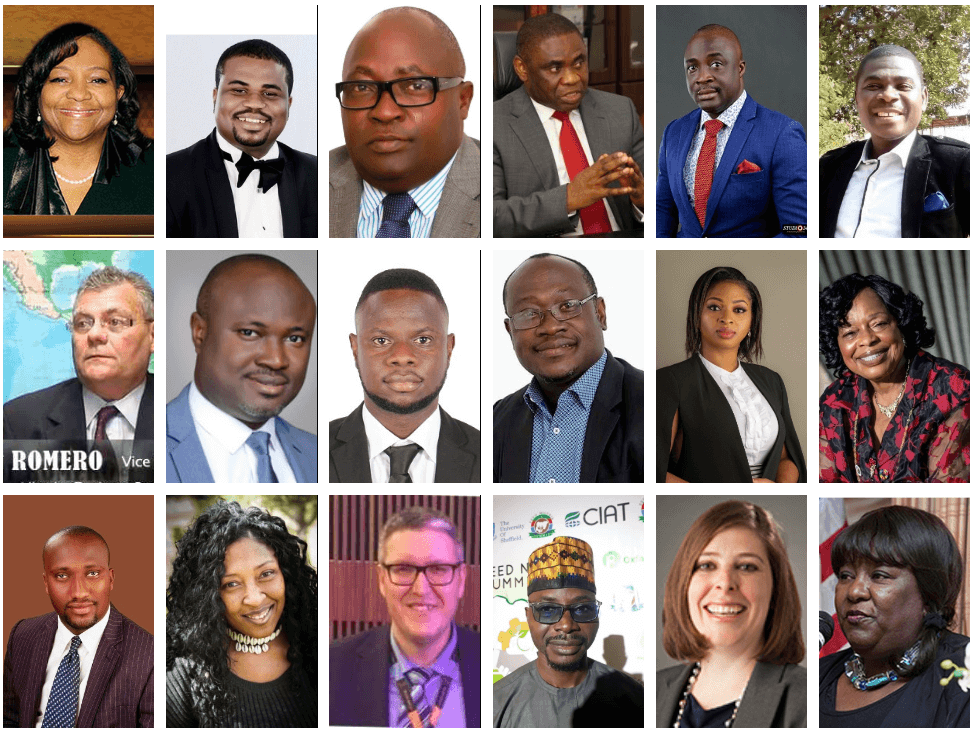 Just a few of the featured speakers at the upcoming USATIGS 2019 event.

A  summit on U.S.-Africa trade  slated for later this month in Atlanta aims to reframe investors’ thinking about opportunities on the continent of more than 1 billion people.

Headlined by keynote speaker Ambassador Andrew Young, the U.S.-Africa Trade and Investment Global Summit Sept. 26-28 is set to bring in speakers from across the continent with a heavy focus on agriculture but an even keener eye toward exposing tangible opportunities — especially government incentives.

Titus Olowokere, who helped organize two Nigeria-focused summits that helped lead up to the event, said Georgia is a global leader across the whole “value chain” in agriculture.

While sourcing products from Africa, companies here can also share their expertise and equipment. One of the biggest needs is food preservation and better transport mechanisms to prevent leakage and spoilage of crops en route to market.

Other opportunities have arisen in fertilizers, mechanization, poultry and more, and U.S. companies can benefit from sourcing African fruits, vegetables, shea butter, seafood and more, he said.

The conference is sponsored by AGCO Corp., the Duluth-based tractor giant, and is co-organized in part by Cynthia Blandford, the honorary consul of Liberia who is helping that country’s government put on a similar forum in New York this month.

Africa may be a land of 50-plus countries with varied cultures, traditions and regulations — Nigeria has a market of 180 million while Liberia’s is only 4 million — but Mr. Olowokere believes the similarities are greater than the differences.

“The free trade area we know is going to save money for most investors. It will reduce the logistics costs and all the stumbling blocks for doing business with African countries,” he said.

An IT consultant himself who hails from Nigeria, Mr. Olowokere said plans call for turning this event into an annual summit that will add areas of interest like mobile and financial technology — two that are taking off on the continent and play well with Atlanta’s tech sectors.

For this year’s event, interactive presentations from speakers representing Ghana, Nigeria, Turkey and many other countries and industries will include time for audience participation.The forum will also include a session where vetted projects focused on peanuts, cocoa and shea butter will pitch for funding.

The key to success will be reaching novices that may not know about Africa — even including those who think the continent is one country. That’s the only way to “expand the frontiers” of two-way trade, the stated goal of the conference.

“We have a lot to gain from doing this. For the American community, it’s a win-win across the board,” he said.

See below for a press release focusing on featured speaker Andrew Young, the former mayor of Atlanta, ambassador to the United Nations and current chair of the Andrew J. Young Foundation. Ambassador Young’s global work has taken him to 150-plus countries, including 48 in Africa.