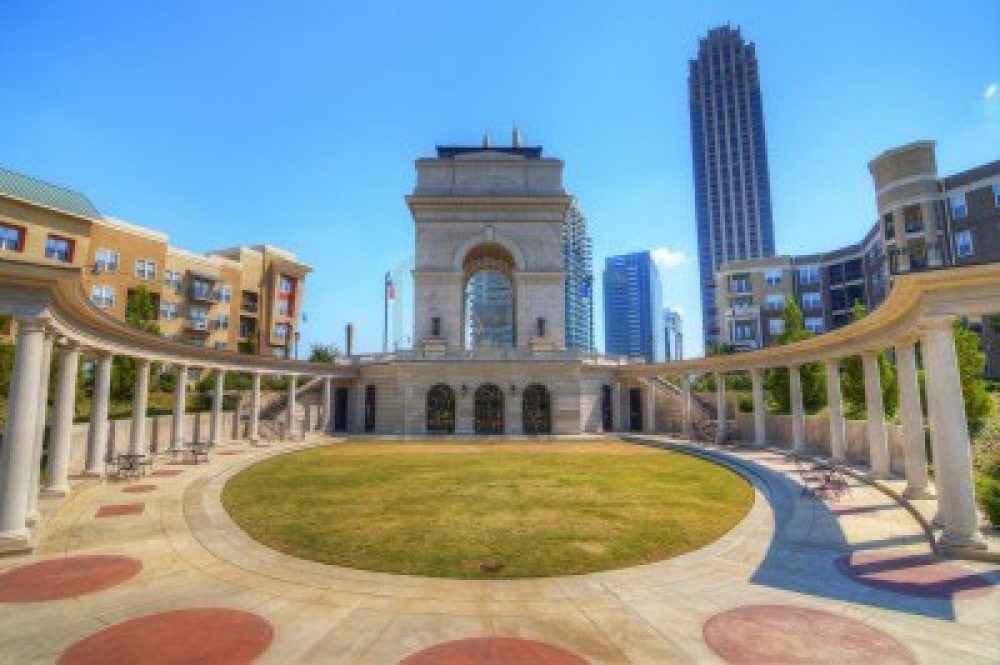 The Games: Ancient Olympia to Atlanta to Rio opens at The Millennium Gate Museum on Saturday, Aug. 20.

Zeus must be wondering if he is about to regain his stature of antiquity. For more than a thousand years he was considered the father of the gods who ruled from his throne at the top of Mount Olympus, the highest mountain on the Greek mainland located 50 miles southwest of Thessaloniki.

His mighty presence is about to be resurrected at the Millennium Gate Museum in Atlanta‘s Atlantic Station in celebration of the 20th anniversary of the 1996 Atlanta Centennial Olympic Games. Although Zeus must have been disappointed that those games hadn’t been hosted in Greece’s capital, Athens, the upcoming exhibition – The Games: Ancient Olympia to Atlanta to Rio — gives full-credit to the country’s historic role.

Through the capabilities of 3D printing, the statue of Zeus at Olympia, the artistry of Phidias, the greatest of classical sculptors who also was responsible for the Parthenon, was recreated by the Minnesota firm Stratasys Ltd. and Kennesaw State University‘s 3D Center. The feat is remarkable in that the statue, one of the “seven wonders” of the ancient world, was recorded only in written descriptions and illustrations on coins.

In an attempt to replicate the figure, which was made of wood, ivory and gold, the parts have been printed in thermoplastic, using a 3D model approximating its design. Zeus has been cut down to size, however. Originally at 42 feet tall, the 3D version has him at only 6 feet.

But he is at the forefront of what far-sighted museum curators see as the beginning of new teaching tools and the historic restoration of artifacts lost through the ravages of time or the destruction by militants such as Islamists who have destroyed the cultural heritage in Iraq and Syria by attacking archeological sites with bulldozers and explosives.

The Stratasys Fortus 900 3D printer is one of the most powerful available and recreated the Zeus statue using fused deposition modeling (FDM) technology. Its roots stretch back to 1989 when Scott Crump and his wife Lisa founded the Stratasys company in Eden Prairie, Minn., after Mr. Crump decided to make a toy frog for his young daughter using a glue gun loaded with a mixture of polethylene and candle wax.

Randy Emert, director of Kennesaw’s Center for Additive Manufacturing and the 3D Center, told Global Atlanta that Kennesaw’s contribution to the Zeus statue includes an eagle on a scepter and a small statue of Nike which are held by Zeus. The Kennesaw students also are learning to use the technology by creating a separate head of Zeus.

He said that the university’s 3D Center introduces students to the vast employment opportunities that are opening up due to 3D technology, which is playing an ever growing role in new media arts, game design and mechanical engineering.

Rodney Mims Cook Jr., founder and president of the National Monuments Foundation, an organization that is responsible for the design and construction of the Millennium Gate Museum, told Global Atlanta that the Zeus project was in keeping with the spirit of the 1996 Summer Olympic Games by underscoring cooperation among local governments, universities, business and non-profits.

The University of Georgia, the Georgia Institute of Technology, Savannah College of Art and Design, the Carlos Museum at Emory University, Oglethorpe University in addition to Kennesaw are participating in the project. It also is scheduled to travel in Georgia to Rome, Columbus, and Athens where it will be on display at the Darlington School, The Columbus Museum and the University of Georgia. 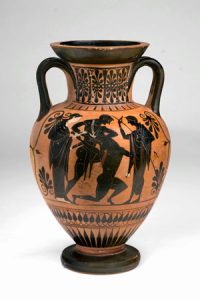 Perhaps to Zeus’ dismay, the entire exhibition is not to be focused on his statue alone. Also to be included are classical artifacts to be contributed from the Hearst Castle in California, which are more than 2,500 years old and tell the story of the Olympic Games and Ancient Olympia, athletic competition and Greek mythology and politics.

Mr. Cook also was enthusiastic about the participation of the Hearst Castle because of the connection between Atlanta and the Hearst family. William Randolph Hearst bought a newspaper in Atlanta in 1912 extending the reach of his publishing empire across the United States. The Atlanta connection eventually led to his donating enough land to triple the size of Oglethorpe University.

A classicist at heart, Mr. Cook’s interest in 3D technology includes a commitment to educational and restoration projects. This exhibition rests at the intersection of art and technology, he told Global Atlanta, “Teaming with Stratasys and KSU’s 3D Center, our hope is to deliver creations far too few have even tried to attempt.”

Again, in the spirit of the Olympics, Mr. Cook expects the technology to “test human limits,” and as the 1996 Summer Olympic Games did, “Give us a shot in the arm and an international space that we never had. It served the city by demanding what was expected of us and met the aspirations of our forefathers.”

Meanwhile, Athens, Ga.-based sculptor and painter Stan Mullins, along with two craftsmen from Gravity Works LLC, also in Athens, have been putting the finishing touches on the throne upon which Zeus is to be placed for the exhibition.

The exhibition is to open on Saturday, Aug. 20, extending until Jan. 2, 2017, and provides insights into the scope of the games in ancient times, and the values that have been brought back to life in modern times.

The earliest records of the Olympic Games date back to 776 B.C. when they were a religious festival held on the fertile ground of a rural sanctuary at the base of the mountain. According to ancient legend, all hostilities between the Greek city states ceased for the duration of the games, which came to represent the Olympic spirit of global brotherhood that continues to this day.

In stark contrast to the Rio Olympics, the games were small in scale in their earliest years. In addition to sacrifices and other religious rites, there was only one sporting event, a footrace of 200 yards, a distance which was called a “stade” from which the word “stadium” is derived.

As the games evolved over the centuries, however, they became the center of Greek life and Olympia became the hub of the Greek-speaking world.

While the athletic contests multiplied so did grand processions and banquets honoring the gods and heroes. The sacrifices also grew exponentially including hundreds of oxen.

Despite all of the pageantry and the proud strutting of masculinity, the most spectacular sight at Olympia was the gold and ivory cult statue of Zeus enthroned and crowned with a sculpted wreath of olive sprays. A golden robe carved with animals and lilies covered its body. Its sandals were made of gold. In its right hand it held a statue of the crowned Nike, the goddess of victory, and in its left hand was a scepter inlaid with many metals supporting an eagle.

The throne itself was no less impressive, decorated in gold with precious stones, ebony and ivory.

One Greek orator was reported to have said that a glimpse of the statue was enough to make one forget all early troubles. A Roman general said that once when he saw the statue he felt he had seen a living god.

But even Zeus’ command of the known world didn’t last forever. 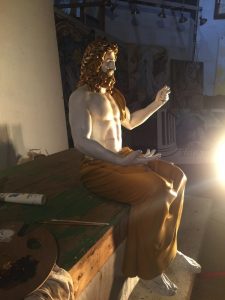 Its demise is cloaked in obscurity, but Christianity is generally accredited with its end. In the early fourth century A.D.,  Emperor Constantine decreed that gold be stripped from all pagan shrines after he converted to Christianity.

By the end of the century the Olympics were viewed as a pagan rite and abolished altogether. It was then that the statue perhaps was moved by a wealthy Greek to Constantinople where it became part of his private collection of classical art.

There is some controversy about whether its final end occurred when fires swept Constantinople in 475 A.D. and in 425 A.D.

Whatever the immediate cause of its end, there are only few traces of this “Wonder of the World” that remain. These are limited to a few approximate versions on Greek and Roman coins and the account of a Roman geographer and traveler on which the 3D printing restoration is based..

Synovus Financial Corp. a financial services company based in Columbus, Ga., is sponsoring the exhibition. 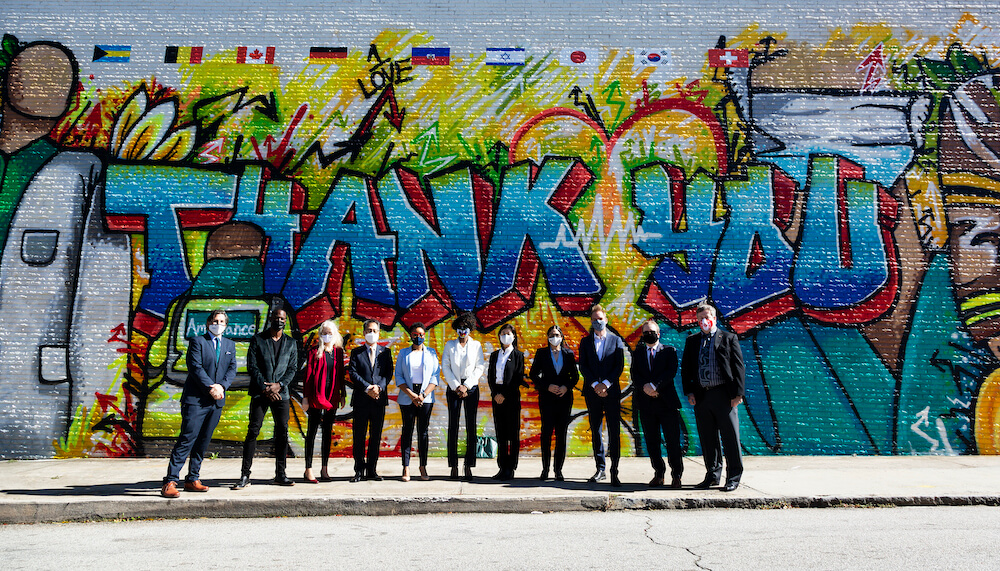 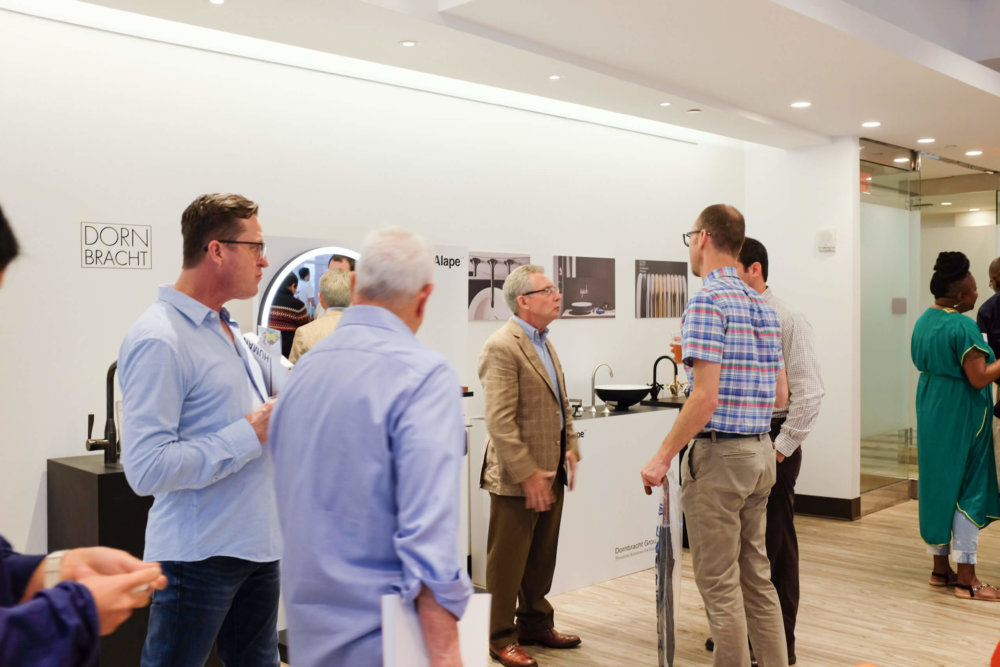