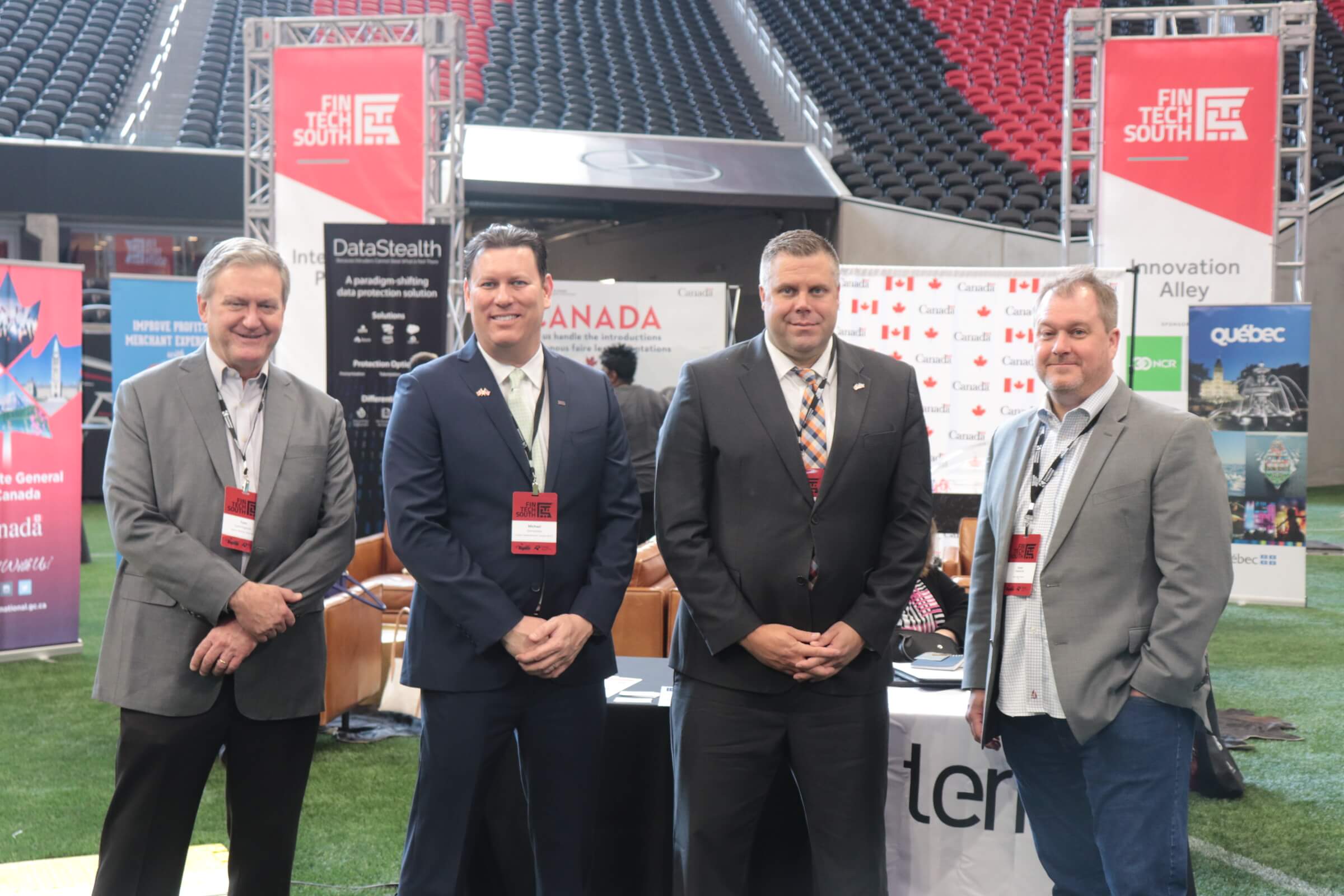 Looking at Georgia’s financial technology industry, it wouldn’t seem like there’s much more room to grow.

The sector employs more than 38,000 people the state, and industry-leading companies that have helped generate the “Transaction Alley” moniker process 57.7 billion payments a year — about two-thirds of the total in the U.S.

But the areas where commerce is growing around the world aren’t always aligned with where Atlanta’s advantages lie.

The city is a juggernaut for consumer card payments, but that model doesn’t have the same potential abroad, where mobile is leapfrogging the traditional move to cards, and prepaid is more common than credit.

And on the business payments front, there are still many gaps to explore — especially with cross-border flows of money for trade, investment and even remittances.

At this month’s Fintech South, the annual conference anchored by some of the biggest names in payments, it became evident that Atlanta’s fintech scene is evolving.

The city is both welcoming new entrants from abroad and witnessing the organic growth of industry-leading innovators like Cardlytics (advertising), Kabbage (small business finance) and GreenSky (point of sale finance), some of which are taking their solutions to new markets.

Even as the payment itself becomes somewhat commoditized, local companies are still finding new niches. Brightwell helps cruise ship fleets pay staff from around the world, while Greenlight offers a “debit card for kids” that can be used in 70-plus countries and is popular for study-abroad trips. Both of those firms took home Technology Association of Georgia’s ADVANCE Awards for fintech innovation this year. Yellow Card Financial, a startup that offers gift cards for cryptocurrency that could upend the traditional remittance market in Nigeria and other countries, is also based in Atlanta and put its best foot forward at TAG’s Fintech South Innovation Challenge.

Some experts say that the Atlanta’s path to global fintech domination means waking up to solutions and opportunities arising outside U.S. borders.

Glen Sarvady, principal at 154 Advisors, said foreign investment is making up a greater proportion of some 120 fintech companies in the Atlanta ecosystem, and cross-border payments and B2B payments are among the top untapped opportunities.

“If you think about where the pain points reside and where opportunity for improvement in the system is, I would say those two are the greatest and therefore the best opportunity for innovation and disruption,” Mr. Sarvady said during a fintech event organized by the Cumming-Forsyth County Chamber of Commerce April 25.

PrimeRevenue sits at the intersection of the two as a leader in supply-chain finance. The company got its start about a decade ago helping some of the world’s biggest companies get paid more quickly for goods sourced around the globe.

The marketplace allows some of its 100 bank partners to fund approved, vetted invoices. By the end of the year, PrimeRevenue will process more than $300 billion in B2B payments from 30,000 customers in 90 countries.

The allure of PrimeRevenue’s platform is unlocking cash a company has already earned. On its platform, a supplier can get paid immediately and the buyer can elect to  defer payment, said CEO P.J. Bain, who spent the first 20 years of his career in factory automation and managing other elements of physical supply chains.

Getting cash upfront helps smaller companies — which create most jobs in the U.S. — better smooth out gaps in their cash flow and can mean the difference between thriving and surviving at all.

“The key to great supply chain management is to accelerate your inventory terms, and that’s what we’re doing. We’re accelerating the cash conversion cycle. We’re speeding up the flow of money through the supply chain,” Mr. Bain told Global Atlanta in a FinTech South interview.

Most of the company’s growth is now happening “downstream”  in the middle market, including in countries like Germany and the Netherlands as well as in the U.S. Its growth is supported by 250 employees spread from the Atlanta headquarters to offices in Singapore, London, Prague and two cities in Australia.

On the consumer side, U.K.-based PPRO is helping merchants better capitalize on global e-commerce.

The company, which put its U.S. headquarters in Atlanta last year, helps its customers — big-time payment processors like First Data — connect their merchants to the world of “local payment methods,” or everything but the credit or debit card.

In Mexico, that might mean electing online to pay in cash upon pickup at an Oxxo convenience store, or using digital wallet Skrill to purchase virtual goods within a video-game world. In the Netherlands or Germany, it could be a simple bank transfer via iDEAL. In India, the wallet app Paytm is ubiquitous, as are mobile payment apps WeChat Pay and Alipay in China.

The point is that the areas of the world where some of the greatest growth is occurring are eschewing plastic — and U.S. producers could miss out if they’re not sensitive to consumer preferences.

“The U.S. e-commerce the market is at about $800 billion, but only 11 percent is cross-border, and that’s only predominately to four countries. China, Mexico, Canada and the United Kingdom represent 93 percent of that 11 percent,” said Ronnie D’Arienzo, PPRO’s chief revenue officer, in an interview.

He added that companies should first evaluate where they’re trying to sell and explore local methods, especially given that half of online shoppers say they’ll abandon a shopping cart that doesn’t offer their preferred way to pay, according to PPRO’s research.

“If you’re not offering the payment methods in those markets, you’re really missing out on an opportunity,” Mr. D’Arienzo said.

PPRO has its own Payment Almanac listing payment methods around the world, and it plans to use a $50 million investment from PayPal partly to build out global offices and a sales training platform for customers. PPRO will educate processors’ sales staff on how to position various methods to help merchants drive sales.

Of course, as payments go global they will also face new compliance issues, especially with the emergence of more stringent privacy regulations. Atlanta even has a company addressing that issue: OneTrust, which says it is “dual-headquartered” in London and Atlanta — with an office in Frankfurt, Germany.

Alex Bermudez, a OneTrust privacy consultant focused on the Americas, says it’s data, not industries, that are regulated these days. For payments firms, going global will mean dealing with various standards in different parts of the globe that go beyond requirements specific to their own industry.

“Fintech has enabled so many wonderful new services and companies, and payments as an industry has literally paved the way for billion-dollar startups. It’s so critical. But with that information exchange you have the other side, which is how the data is being exchanged internally here in the U.S. and around the world between different companies. It’s creating additional scope and risk on the privacy, security and regulatory side,” Mr. Bermudez said, also while speaking at the Forsyth County Fintech Factor event a day after FinTech South.

The conference itself maintains a global focus, with Canada serving as this year’s international partner country and bringing nine companies. Atlanta is also seeing the industry as a global calling card, exemplified by a recent Invest Atlanta trip to Brazil and recent local participation in conferences like Money 20/20 Asia in Singapore.

To learn more about the ecosystem, visit www.georgiafintech.org or read more from Global Atlanta on fintech here. 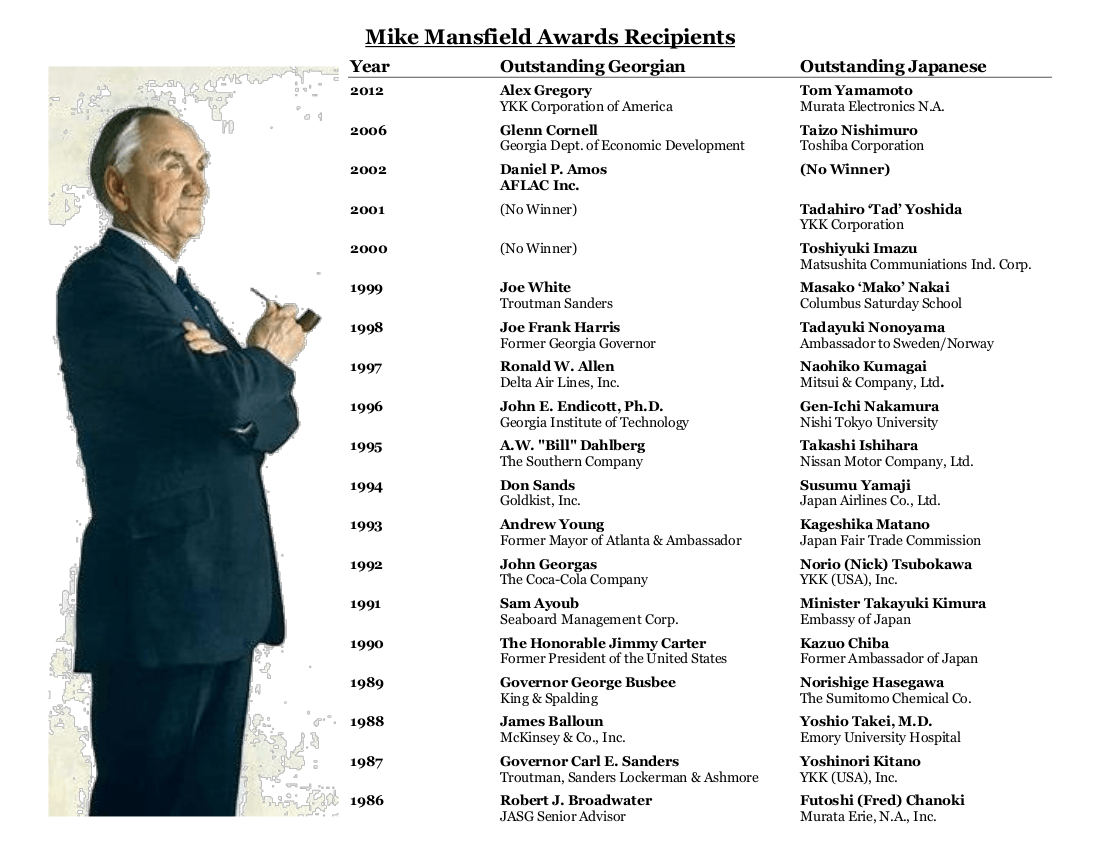 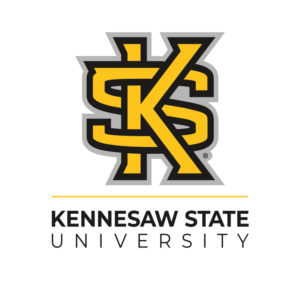