Building on the Success of The Carter Center 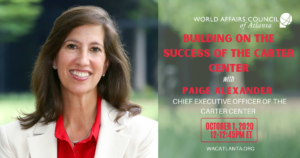 Paige Alexander became CEO of the Carter Center in June of this year.

Alexander has over two decades of experience spanning the government and non-profit sectors. She has held senior leadership positions at two regional bureaus of the United States Agency for International Development (USAID), covering missions and development programs in 25 countries.

With President and Mrs. Carter retiring earlier this year to Plains, the Carter Center is at a turning point in its efforts to wage peace, fight diseases and build hope around the world.

Join the World Affairs Council of Atlanta in welcoming Paige Alexander to the Carter Center as her plans are discussed to build upon the Carter Center’s 38 years of work around the world on behalf of those in need, eradicating diseases, fighting for human rights, and strengthening democratic institutions. 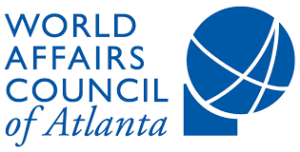