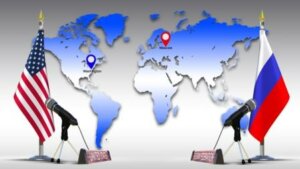 The U.S. relationship with Russia is at the lowest point since the end of the Cold War, and it is one of the top foreign policy challenges for the Biden administration. At a time of pandemic and dramatic geopolitical change, it is crucial to prevent relations between the United States and Russia to deteriorate further. The first step towards success is better understanding of Russian strategic aims and sources of its foreign policy. How does Russian national identity affect its international strategy? What are the implications for the United States, Europe, and Eurasia? 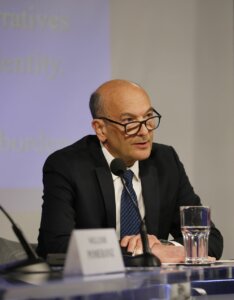 Igor Zevelev is a Global Fellow of the Wilson Center. He was Professor of National Security Studies at George C. Marshall European Center for Security Studies in 2017-2019. Igor Zevelev was a Fellow at the Woodrow Wilson International Center for Scholars and the Center for Security and International Studies (CSIS) in Washington in 2016-2017. He also taught at the School of Advanced International Studies (SAIS) of Johns Hopkins University in 2017. Igor Zevelev was Director of the Russia Office at the MacArthur Foundation in 2008-2016. He holds a Doctor of Sciences degree in political science from the Institute of International Relations and World Economy (IMEMO) in Moscow, where he served as Head of Department. He has held visiting professorships at the University of Washington, the University of California at Berkeley, Macalester College, and has published five books and numerous articles. His current research interests are in the fields of national identity discourses, nationalism, foreign policy, and Russian-American relations.