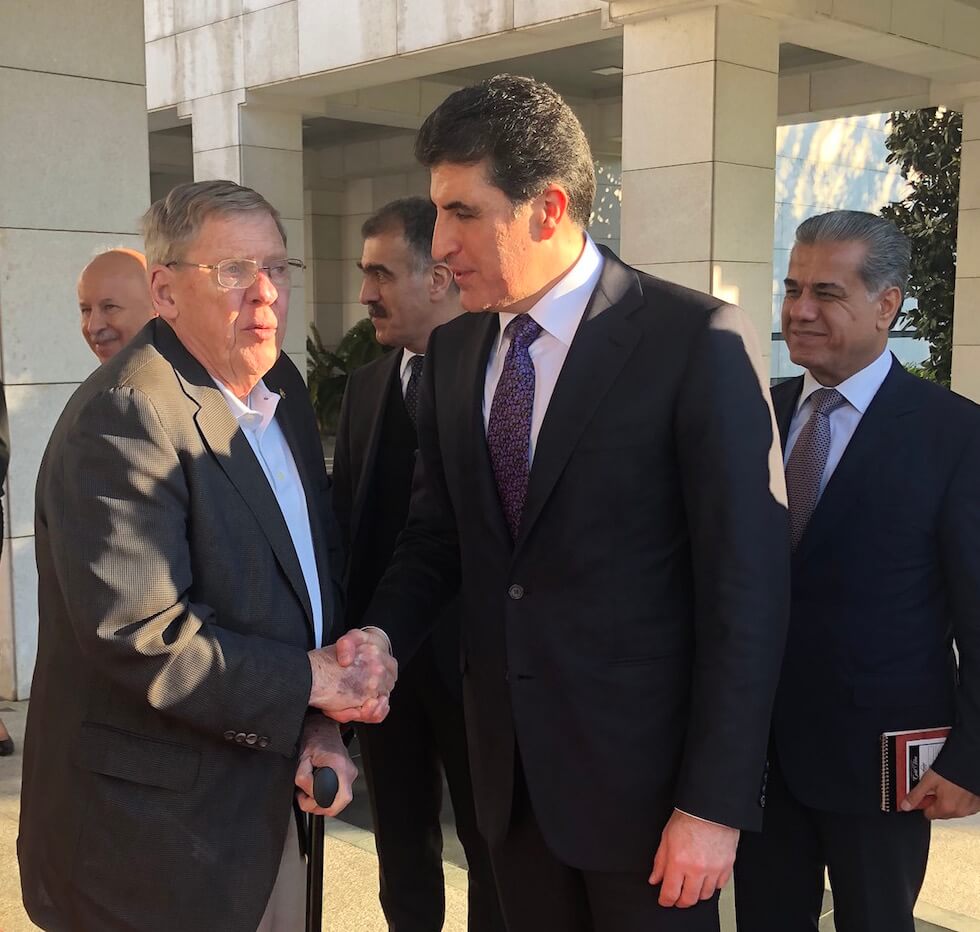 While the bipartisan accolades continue to roll in praising Johnny Isakson’s 40 years of service in Georgia and Washington after he announced on Aug. 28 that he would be resigning his U.S. Senate seat at the end of the year, his dedication to his work on the Senate Foreign Relations Committee has been noted only in a minor key.

This subdued retrospective is not altogether surprising given his roles as chairman of both the Senate’s committees of Veterans Affairs and Ethics as well as his membership on the Senate Finance and Health, Education, Labor and Pensions committees.

But the senator did not hesitate in responding to a request from Global Atlanta concerning what he considered his greatest accomplishments as a member of the Foreign Relations Committee, especially in connection with his role on the Africa and Global Health Policy Subcommittee.

In addition, he pointed to the Africa Growth and Opportunity Act and the Millennium Challenge Corporation Modernization Act in 2017, which eventually led to a U.S. House version being passed into law in 2018.

He also cited his advocacy for the funding of PEPFAR (the President’s Emergency Plan for AIDS Relief) and the Global Fund to Fights AIDs, Tuberculosis and Malaria, and introduced the PEPFAR Extension Act in 2018 which was signed into law.

The current Ebola crisis in the Democratic Republic of the Congo prompted him to improve the ability of U.S. Agency for International Development (USAID) and the Centers for Disease Control and Prevention to combat the spread of the disease.

These initiatives have been augmented with his consistent support for two-way trade and investment between African and American businesses. Mr. Isakson also has consistently supported an “effective” international affairs budget and celebrated implementation of the requests for the 2020 fiscal year to include $40 billion for the State Department and USAID with a focus on combating terrorism and defending national security.

“I firmly believe that investing in meritorious international programs strengthens our national security, fosters global economic and political stability, bolster our allies, and fights the spread of disease, terrorism, and weapons of mass destruction,” he said following the budget announcement.

He made no mention of the extensive traveling he has done throughout his career to Africa and elsewhere on behalf of U.S. interests.

For instance, as recently as late April of this year, he went to Iraq with a bipartisan congressional delegation that visited Baghdad, Taji and Erbil and met with the country’s top leaders as well as American diplomats, military commanders and Kurdish leaders to reiterate the importance of the U.S. alliance with Kurdish partners who fought alongside American forces against ISIS.

Mr. Isakson, 74, was diagnosed with Parkinson’s disease in 2013. In July, he fell in his Washington apartment and suffered four fractured ribs and a torn rotator cuff. On Aug. 26 he underwent surgery to remove a 2-centimeter renal cell carcinoma from one of his kidneys.

In 2016, Mr. Isakson won re-election with 54 percent of the vote and became the first Republican elected to a third term in the U.S. Senate. he is the only elected official in Georgia to serve in the Georgia House, the Georgia Senate, the U.S. House and the U.S. Senate.