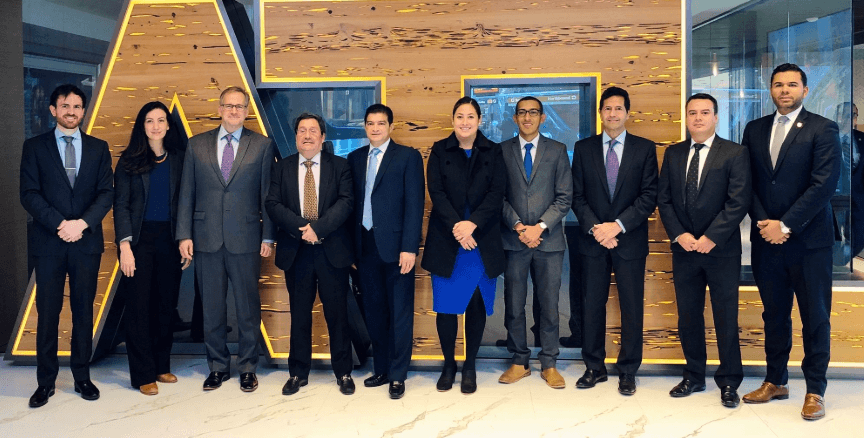 Editor’s note: The message at the Metro Atlanta Chamber from Colombian Ambassador Francisco Santos Tuesday was clear: the country of 50 million is not only open to American investment, but eagerly seeking more commercial engagement from its long-time military ally.

In light of the U.S. trade spat with China, which he sees as a “technological Cold War” that doesn’t end with President Trump, Colombia has a stated strategy of wooing U.S. firms that are looking for alternative bases for sourcing and production.

That has led him on a quest around the U.S. to forge partnerships with incubators that can provide Colombian firms with the funding and mentorship to help them grow at home and abroad.

Atlanta, he said, should stake its claim to a piece of the Colombian tech pie. Meanwhile, Georgia farmers and foresters should put their knowhow to work developing“Latin America’s last agricultural frontier.”

To suss out the details of his broader strategic suggestions, Global Atlanta conducted a rapid-fire interview with the former vice president and journalist after a tour of the Atlanta Tech Village, where he visited with local company Steppingblocks.

Read below as we touch on the promise of financial technology to transform the lives of the unbanked in Latin America, his (perhaps heretical) optimism on integrating more closely with crisis-wracked Venezuela, his views on reconciliation within Colombia and the state of play in implementing the 2016 peace deal forged by previous President Juan Manuel Santos (no relation) with the FARC and other armed groups. The interview has been edited for length and clarity. Some questions have been expanded for context.

Trevor Williams, Global Atlanta: I was intrigued by your comments at the chamber on how Colombia and Atlanta can collaborate on technology. Obviously you’re seeing at Atlanta Tech Village the possibilities that are available here. Do you connections should mainly hinge on investment/capital?

Ambassador Francisco Santos: The talent is there. I think the biggest vacuum in Colombia is access to capital, and I think that’s the biggest advantage the Americans have. They have a culture of risk that I think very few countries in the world have, and I think that creates sort fo a virtuous circle of creative destruction that leaves few but very powerful companies alive. It’s always a permanent contest for success, and that has to do with access to capital and how easy it is. In Latin America and in Colombia, it’s exactly the contrary: risk averse, and very difficult access to capital.

Global Atlanta: It seems like you’re interested in getting mentorship and acceleration for Colombian companies coming to the U.S.  Have you identified one sector in Atlanta on which we could really hang our hat?

Ambassador Francisco Santos: Not yet. One of the interesting things Atlanta has is Venture Atlanta, and if Atlanta can start doing something similar to that in Bogota for all of South America’s startups, it could really start putting Atlanta on the map.

Atlanta is late to the game. I think you need to break the mold to say, ‘Hey, we’re here.’

Atlanta is late to the game. Austin — people know it. People know Silicon Valley and San Francisco, and I think you need to break the mold to say, ‘Hey, we’re here.’ To break into that circle of imagination, you need to do something. I would recommend Atlanta and Georgia go after becoming the channel for venture capital to Latin America.

Has anybody told you about the breadth of the fintech sector here in Atlanta, which supports 30,000-plus jobs, generates revenues of more than $70 billion and boasts some of the largest transaction processors in the world?

Maybe that could be it. Fintech is the next big development in Latin America. In many other countries the banking system is so behind and the percentage of banked citizens is so low that I think fintech is ready to dramatically disrupt the system. When you have 50-70 recent of the population without banking, that’s a disruption waiting to happen, and that’s where Latin America is now.

Is that unbanked population a symptom of lack of connectivity in rural areas?

It’s cost — when you make $150/month, you don’t want to pay a dollar to manage your money.

Does Colombia have a ready workforce for technology? And do you have programs focused on English instruction? Is that needed?

It’s not ready, but it’s getting ready. This government has a plan to instruct 100,000 coders; it’s very ambitious.

I think bilingualism is becoming more accessible. With technology, English is more accessible than ever now. And with language recognition, maybe you are going to end up not needing to learn English. I don’t know.

Both things are happening. Are we there yet? No. We still have a way to go, but I don’t think any of the countries in Latin America are there.

Do you think Colombia has an argument versus a country like Chile, which has had Startup Chile and other innovation programs, in terms of recruiting tech investment from the U.S.?

Give us a brief overview of Colombia’s 2016 peace deal and where that stands. Some people are worried that it’s going backwards after being received with optimism. [Note: The deal failed an initial referendum by a razor-thin margin, but then-President Juan Manuel Santos pushed it through by the legislature without a second popular vote. He later won the Nobel Peace Prize. Current President Ivan Duque has expressed reservations about the deal but is forging ahead with it.]

It’s a 15-year period, and implementing peace is very difficult. We are moving in the right direction, but there are challenges. That’s sort of the big-picture, 20,000-foot helicopter view.

Was there too rosy of a view early on?

Yes. I think (the previous government) tried to sell too rosy of a view — that this was the end of it. No it’s not. Implementing is even more difficult, especially when you have 200,000 hectares of coca, and coca foments violence, corruption and illegal groups.

Is your plan to bring more blueberries, avocados, forestry products to Colombia in part a strategic move, to counteract the prevalence of coca?

You had your own experiences with drug violence, being kidnapped in the 1990s, and I know former President Uribe, whom you served under as vice president starting in 2002, has been very aggressive about not letting perpetrators of violence off the hook too easily. But how do you balance justice and forgiveness, memory and looking ahead?

I’ve never forgotten. I don’t know if I have forgiven, to be very sincere. I have turned the page, so I try not to get stuck in that, but I understand people who do. My son gave me great a lesson — we were sitting down to watch Narcos, the Netflix series on [notorious Medellin drug lord] Pablo Escobar, and he said, I’m not going to watch a movie about the guy who almost took my dad. I was like, ‘Wow, he’s right.’

Unfortunately, that’s the image some people have of Colombia; it’s still ever-present in people’s minds.

I think when you are a victim of violence it’s always present with you. You know, I will die with that. I would have loved to see Escobar and tell him, ‘You killed my driver — look at what you did.’ I think most victims want just to get an explanation of why, to look the person in the eye, to scream at that person, maybe — to get closure.

Unfortunately I think that the peace process we have now in Colombia is still very far away from getting closure for many victims, and that’s a big risk.

But you are moving ahead with it, despite your misgivings.

We have to. It’s a compromise.

Talk about the Pacific Alliance — the trade bloc encompassing Colombia, Mexico, Peru and Chile. As far as I understand, this trip to Atlanta was supposed to be a visit by all four ambassadors.

Yes, three of them bolted, and I think it’s sad because yes, our countries have problems, but here is a great opportunity. The Pacific Alliance could become a huge landing strip for many companies that were going to invest in China but with what is happening now might want to invest in our countries. I’m still going to keep pushing so that we do something like this.

Do you think their bowing out is reflective of a problem with integration or these countries moving away from market forces and more toward leftism?

It’s a little bit of a problem with integration, but also to our internal problems, but I think you’ve got to take the long view, and the long view is that the Pacific Alliance must be and has to be a great instrument of integration, of policy making, of business itself, of prosperity of the four countries.

It’s the biggest challenge that Colombia has, an existential challenge — we need to get it solved.

You’ve had some more optimistic comments on Venezuela and the future potential for integration and connectivity between Colombia and Venezuela.

Look, we haven’t seen eye to eye for decades — I think in our history — that we are very similar, that we should have been what Simon Bolivar thought 200 years ago: one country. Now we are starting to see each other eye to eye, and out of this crisis something that even (Former Venezuelan leader Hugo) Chavez and Bolivar tried to do and nobody ever did, might come out — a big, plurinational country.

Is that a heretical idea?

I have no doubt it’s very heretical. It’s very extreme, but I wish it would happen. I wish we would have only one army, one police, one judicial system, two governments, one central bank. The big things could be part of a binational project.

If that doesn’t happen, I still think that this 80 million person alliance that is being forged through hardship is going to be a very powerful instrument of change for the good of Latin America.

What’s Colombia’s ideal outcome with what’s happening now, as lawmaker Juan Guaido is recognized by the U.S. and other countries as interim president but Nicolas Maduro clings to power, backed as he is by the military?

A democracy. Back to elections — a return to an elected, democratic president that understands the separation of power, freedom. Everything that makes liberal democracy so important, I think that needs to be protected, cherished, enhanced and then you have a free Venezuela. If you have a free Venezuela with an open market, I can’t even think imagine the opportunities for Colombia that brings.

On opportunities — you visited Amplio, a refugee staffing agency here in Atlanta that tries to see refugees as an opportunity rather than a burden for society. What did you learn from that? You’ve said the 1.5 million Venezuelans in Colombia have integrated relatively well. 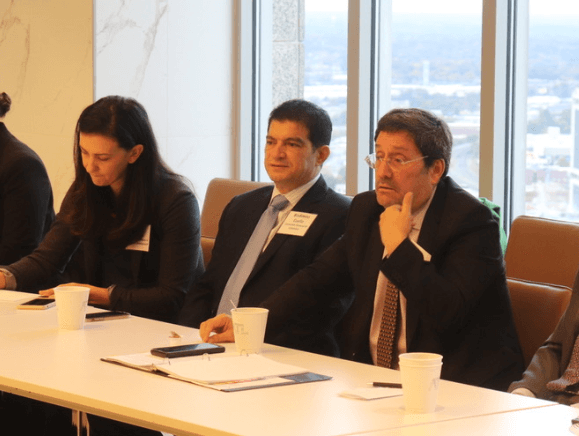 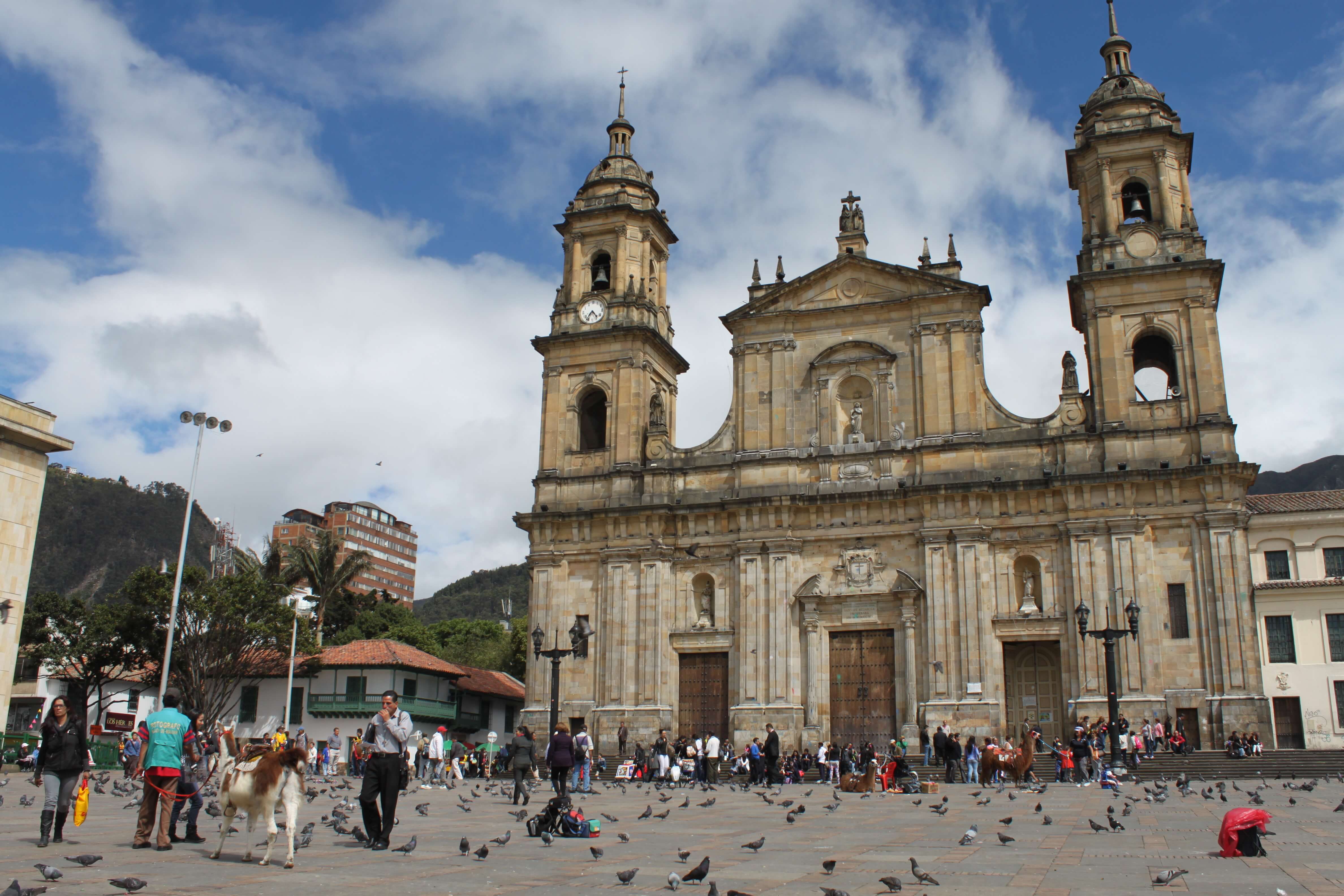 Colombia Ripe With Opportunity, Ambassador Says Ahead of Visit to Georgia 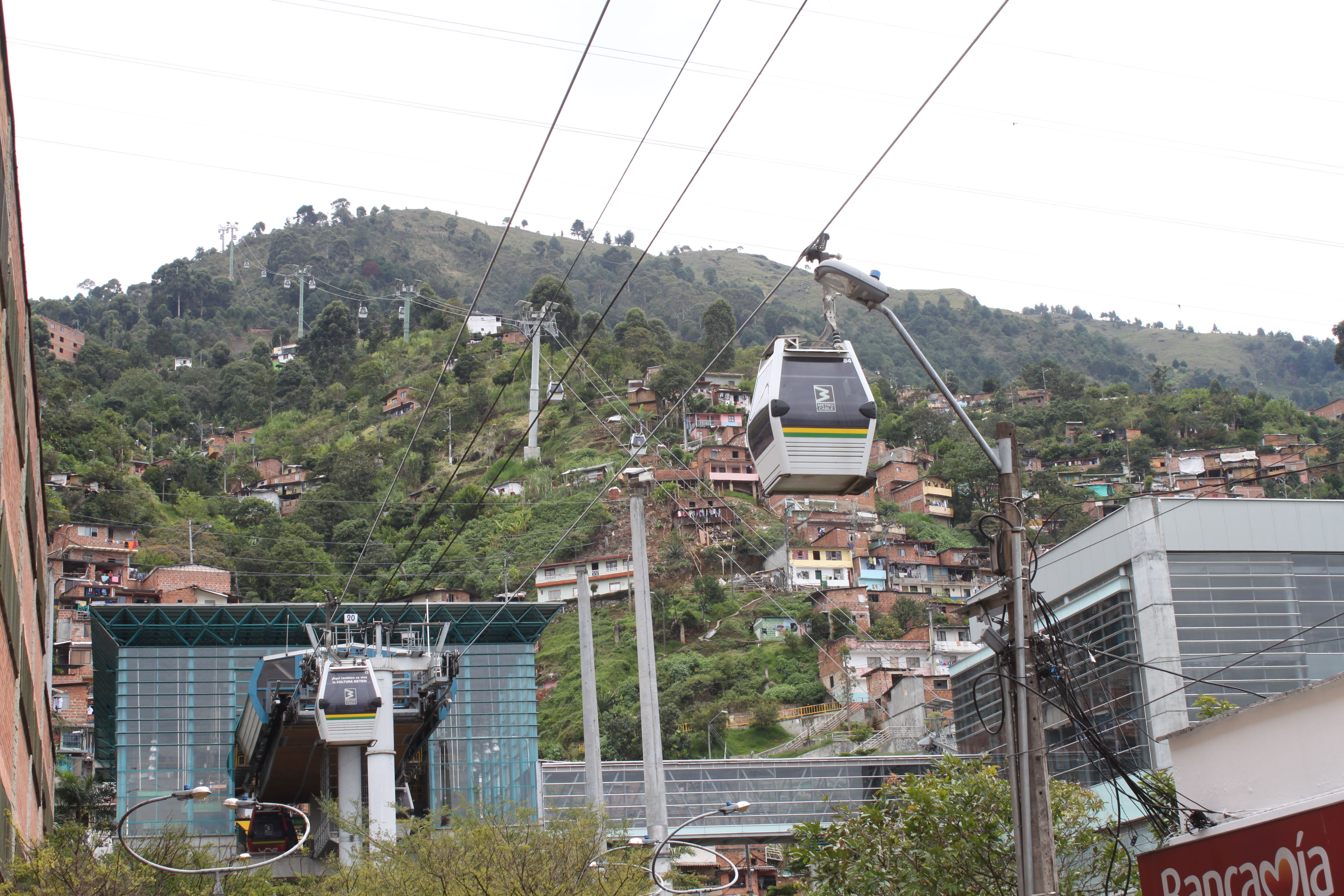 Will Colombia’s Journey to Peace Lead to a New Prosperity?