Rather than turning inward, the Philippines is paying even more attention to managing its delicate international relationships as it faces Southeast Asia’s worst coronavirus outbreak and a dramatic economic downturn at home.

The nation of 110 million people’s balancing act is shown in the pursuit of what many see as the only true remedy for the global pandemic: a vaccine, Jose Manuel Romualdez, the country’s ambassador to the U.S., told Global Atlanta in an Aug. 12 interview.

While the ambassador has sat in on meetings with U.S. pharma giants like Moderna and Pfizer on behalf of his country, outspoken Filipino President Rodrigo Duterte has openly campaigned to be on China’s shortlist for trials and distribution.

Later, Mr. Duterte even volunteered to be the “guinea pig” on a new vaccine from Russia, which strained credulity among some health experts last month by claiming to have taken the lead in the global immunization race.

Of course, in a country with a history of deaths from foreign-made vaccines, Mr. Romualdez said there is no question the Philippines will test diligently to ensure safety — especially for the 75-year-old president.

But the rush for access shows how COVID-19 has strained an economy where an early and strict lockdown lasting more than two months in some areas could only hold the virus at bay for so long. Manila, the capital, was placed on a renewed lockdown two weeks ago that was just relaxed Monday.

“We have people who are saying that it’s a choice between dying of the pandemic or just dying of hunger,” Mr. Romualdez said in a Zoom interview hosted in partnership with the Atlanta Council on International Relations and the Honorary Consulate of the Philippines in Atlanta.

The Philippines is nearing 200,000 confirmed COVID-19 cases, making it the worst-hit nation in Southeast Asia, with numbers climbing dramatically over the last month. The Asian Development Bank this week approved a $125 million loan to improve public health capacity across the country, including faster coronavirus testing and enhanced contact tracing. Some 2 million tests have been conducted so far.

Mr. Romualdez noted that the recent uptick in cases wasn’t a result of people partying in close quarters or shirking social distancing guidelines.

“We had people really who just had to go to work and make a living, so the movement started. That’s why there is a spike,” he saaid.

Many Filipinos live hand to mouth, and the pandemic pummeled another critical source of income: remittances from overseas workers, which accounted for 9 percent of GDP last year (a record $33.5 billion). Some estimates show that they’ve dropped by 20 percent since the pandemic began. Tens of thousands have added to the overall strain by coming home and competing for a slimmer supply of jobs.

Some returnees are starting businesses in their home villages to make ends meet, a movement that Mr. Romualdez, himself a businessman, hopes could lead to a healthy trend toward entrepreneurship once the pandemic subsides.

“One thing that I can say about Filipinos is that we are a very resilient people and we are used to suffering,” he said, pointing to forebears who endured the hardships of World War II.

“They’re very valuable to us,” Mr. Romualdez said of overseas Filipino workers, who may see a government agency set up for them soon, if legislation passes. “We want them to come home eventually and not have to leave. But as of now they are a very strong backbone to our economy.”

He also pointed to the 4 million Filipino-Americans in the U.S. as examples of those who do what it takes to support their extended families, providing a bridge to the world’s largest economy.

In some ways, however, it could be argued that the relationship is too tied up in personal exchange, with not enough mainstream business activity.

Mr. Romualdez, a media executive before trying his hand at diplomacy, conceded that the Philippines has lagged other nations in its dynamic neighborhood in part because of an “overly nationalistic constitution” that has hindered foreign investment in some sectors.

The former U.S. colony flush with English speakers has shined in areas like business process outsourcing. But competitors like Vietnam, with its one-party system, have been able to move quickly in seizing manufacturing gains, especially as more producers diversify away from China.

The government’s efforts to address this imbalance include a raft of reforms and special economic zones like the one anchoring Clark Green City, a massive municipality being built some 100 miles north of Manila.

The health crisis has curtailed Mr. Romualdez’s plans to promote these activities for the time being, including an aggressive schedule that was to include a stop in Atlanta. But the lull will be temporary.

“I think we will even be more aggressive after this pandemic is over, “ he said.

The economy is yet another area where the Philippines has to balance its traditional “special relationship” with the United States, with a stronger and more strident China.

Things have gotten particularly muddy over the last few years as China has built, claimed and fortified islands in the South China Sea, at times leading to standoffs with the Philippines in contested areas claimed as part of its 200-mile Exclusive Economic Zone.

The U.S. has always sided with the Philippines in principle, though only recently amid a growing geopolitical rift with China has it been willing to expressly label China’s actions in this vital sea lane as illegal.

In July, the Philippines marked four years since an arbitral panel at The Hague ruled in its favor in a case against China, agreeing that based on the United Nations Convention on the Law of the Sea, or UNCLOS, China has no historic legal claims to its so-called “nine-dash line” or Filipino territory. China did not participate in the case and has disputed its outcome as illegitimate.

At the time, Mr. Romualdez said, the U.S. had little interest in the case; the Philippines actually launched it because no help was forthcoming from the U.S.

“The line that was always given to us is the we do not get involved in territorial disputes,” he said, a nod to the U.S position under President Obama that its interest lies in preserving of navigation, not picking sides. “Obviously that was a letdown.”

Things have recently changed with the Trump administration’s harder line on China. Secretary of State Mike Pompeo recently heralded the Philippines case as a blueprint for other claimants now stating their cases.

The bigger question is how willing the U.S. is to project military might in support of this approach. Just before the Global Atlanta interview, President Duterte seemed to admit powerlessness to enforce Filipino claims in the face of China’s superior military strength: “They have the arms; we do not,” he reportedly said.

Mr. Romualdez said this stance is a natural outgrowth of the Philippines’ experience. Back in 2012, the U.S. asked the Philippines to vacate the Scarborough Shoal, a strategic outcropping just over a 120 miles from its border, to defuse tensions with China. Then it didn’t follow through on expelling China or bringing the parties together for a settlement.

“So we were sort of left holding the bag. What are we going to do? This is this is a big country we don’t have the wherewithal to fight them tooth and nail,” Mr. Romualdez said.

That’s one reason Mr. Duterte, who started a six-year term in 2016, has become more assertive in promoting self-reliance, though some see him as becoming too cozy with China at the expense of Philippines’ relationships with democratic allies.

Mr. Duterte has bonded with U.S. President Donald Trump, who has lauded his war on drugs, while weathering condemnation from U.S lawmakers over alleged human rights violations in his sweeping crackdown.

Seeing such intrusions a violation of sovereignty, Mr. Duterte decided to terminate the Visiting Forces Agreement with the United States, a defense pact signed 20 years ago that governs the operations of American forces in the country. He delayed the abrogation by six months after the pandemic began.

“We cannot allow another nation to tell us how to solve our problems, because they can’t,” Mr. Romualdez said.

That said, the Philippines maintains bilateral consultations with China and the U.S., pulled between the gravity of two great powers, the ambassador said. He remained hopeful that the Philippines could play a role in peacefully bringing them together.

“Don’t make us choose, because you know we’re going to choose you,” he said, comparing U.S. ties with a marriage. “But we need to deal with this as well as we can.”

After the interview, Mr. Romualdez answered questions from the audience and defended a new anti-terrorism law signed earlier this year which critics say is too broadly defined, opening the door for the president to use it to persecute political opponents.

The ambassador dismissed that notion, saying security forces needed increased latitude for detaining suspects, especially in the southern area of the country that has been marked by religious extremists and Marxist rebels.

On Monday two explosions (including one suicide bomb) in the southern city of Jolo killed at least 14 and injured 75, including army troops, according to early reports.

To learn more about business/investment in the Philippines, please contact First Secretary and Consul Katrina Isabelle Borja-Martin at economic@phembassy-us.org, or Commercial Counselor Raymond Albert Batac at the Philippine Trade and Investment Center, Washington, D.C., at washington@dti.gov.ph.

For questions about the travel restrictions/requirements in the Philippines, please contact: 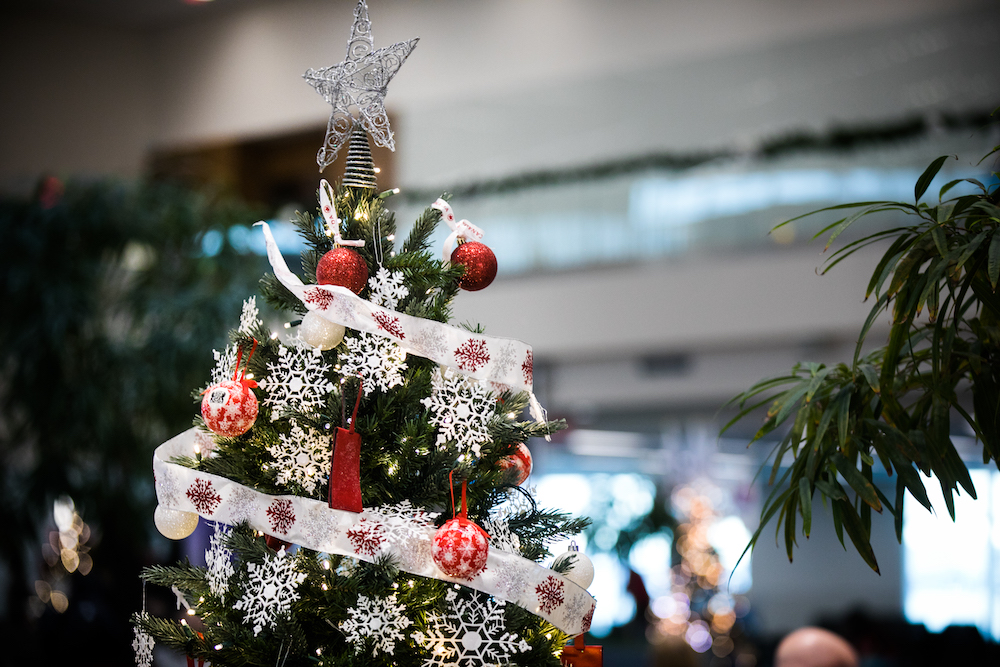