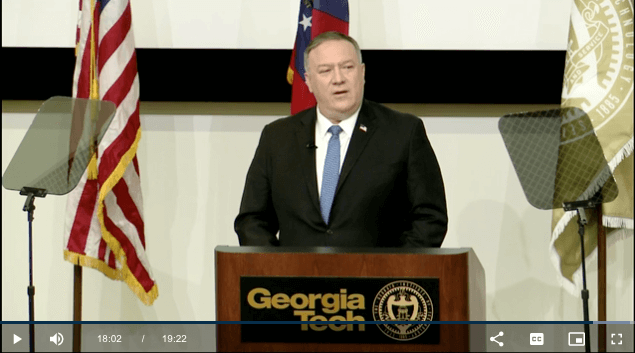 The State Department published a video and transcript of Mr. Pompeo's Georgia Tech speech, "The Chinese Communist Party on the American Campus." Read/watch it here.

U.S. Secretary of State Mike Pompeo used an appearance at Georgia Tech Wednesday to encourage vigilance against what he described as the Chinese Communist Party’s increasing encroachment on American campuses.

Chinese funds, presumably including the tuition payments of more than 372,000 inbound students, are being used as leverage to curb academic freedom, he argued, saying many U.S. institutions have begun to “censor themselves” due to an unhealthy reliance on Chinese cash.

The U.S. Department of Education has tracked $1.3 billion that universities have received from Chinese sources since 2013.

“And that’s just what we know about,” Mr. Pompeo said, making no distinction between privately funded grants and those directed by the Chinese government like the Thousand Talents Program, a coordinated campaign to woo prestigious American-trained scholars with generous salary offers if they contribute to China’s innovation landscape.

The Trump administration has portrayed private companies like Huawei and other Chinese tech firms as tools of the Chinese state, recently attempting to force a sale of the U.S. arm of video-sharing app TikTok and block Chinese super app WeChat over security concerns.

“We cannot let the CCP crush the academic freedom that has blessed our country and blessed us with great institutions like the place that I am standing today,” Mr. Pompeo said. “But we need your help. We need help of students. We need help of faculty. We need help of administrations all across America. We need trustees to police their endowments and the deals their universities are striking with the CCP and CCP-backed groups.”

Mr. Pompeo called out multiple schools by name for bowing to Chinese pressure, saying the president of the Massachusetts Institute of Technology declined to host his speech over concern that it would offend Chinese students and faculty. (MIT denied this in a statement to the Wall Street Journal, instead citing COVID-19 concerns.)

Mr. Pompeo has given many speeches in the U.S. on the CCP, which he calls the “central threat of our time,” but the Atlanta speech was a clear articulation of what the administration views as a decades-long campaign of pressure and coercion focused on profiting from superior American innovation.

“We’ve lived in a bit of a fantasy world for the last 40 years,” Mr. Pompeo said in the city home to the library and nonprofit of former President Jimmy Carter, who presided over the normalization of relations with China in 1979 and focused heavily on scientific and educational exchange in the early days.

The speech was replete with specific anecdotes about students and scholars who have been harassed or squeezed by the party for information, a problem that has become increasingly well documented in news reports.

These included Georgia Tech Professor Fei-ling Wang, a former West Point professor who Mr. Pompeo said was detained in China in an effort to intimidate him into sharing the details of his research on Chinese foreign policy.

While Dr. Wang was flattered that the secretary mentioned an incident from some 15 years ago, he said the Chinese government continues to regularly use access as leverage over scholars.

“The selective use of this list is a common and potent tool,” he told Global Atlanta by phone. “That’s the ultimate secret — they have done that to many, many people. I was actually small potatoes in a way. Some of the best and most friendly scholars on China have been denied for 40-something years this access. Thankfully the technology and the connectivity of our time has rendered this kind tool ever less powerful.”

Dr. Wang, author of the book “The China Order: Centralia, World Empire, and the Nature of Chinese Power” and a forthcoming sequel, largely agreed with Mr. Pompeo’s characterization of the need for greater balance between openness and clear-eyed reckoning of how China is using innovation to further its geopolitical aims.

“It’s not really a secret at all, it’s open and out there. Anybody can check and see,” Dr. Wang said.

To bolster his case, Mr. Pompeo quoted a University of Georgia student as saying that the CCP had approached her for information on Chinese overseas pro-democracy activists on campus, especially those with ties to Tibet and Xinjiang.

In Mr. Pompeo’s telling, Princeton students were forced to use code names on research to avoid offending China after its Hong Kong national security law went into effect this year. The University of Washington failed to act in support of a permanent resident who was detained in China and sent to a re-education camp, fearful that a multimillion dollar deal with China would be put in jeopardy.

In addition, Mr. Pompeo railed against Chinese-government backed Confucius Institutes for language and culture study around the U.S., the subject of earlier attacks by the State Department that prompted many, including a few in Georgia, to close or rebrand.

“Look, they know that left-leaning college campuses are rife with anti-Americanism, and present easy targets for their anti-American messaging,” Mr. Pompeo said. “That’s why they planted Confucius Institutes on our campuses. And under President Trump, our State Department has made very clear these Confucius Institutes are literally up to no good. Many have gone away.  Many campuses have seen that and they’ve chosen to close down these institutes. But right here in Georgia, Wesleyan College still has one in Macon.”

(In a previous story, Wesleyan said its Confucius Institute partnership Guangzhou University was run independently from the Chinese education ministry and would continue. Records show the Guangzhou school contributed $500,000 to Wesleyan in 2014.)

Mr. Pompeo also alleged that on-campus Chinese Student and Scholar Associations are often controlled by the local embassies or consulates and used to project Chinese influence or source information.

He said China not only sends scientists, technologists and students with the goal of extracting useful information, but it has also hoodwinked American academics, especially ethnically Chinese ones, into participating in these aims by funding them through government-backed talent recruitment programs.

In multiple instances under the Trump administration — including at Emory University — academics have been fired or prosecuted for failing to disclose funding ties to China.

Dr. Cabrera, the Georgia Tech president, aimed to inject some balance into the conversation, noting the many Chinese students who contribute greatly to the university’s massive research base — pulling in more than a billion dollars per year — and that the school takes protection of its intellectual property seriously. He said attracting the best students from China and elsewhere is like having “first-round draft picks” every year in the global competition for talent.

“So help us figure out a way – how can we even frame these seemingly incompatible objectives of continuing to leverage that advantage to bring all that talent in without putting our national interest at risk?” Dr. Cabrera asked the secretary.

While calling it the “exact right question” Mr. Pompeo offered little concrete advice, instead further asserting that “we’ve had the balance completely wrong for years,” attacking the recently closed Chinese consulate in Houston as a “den of spies” and cautioning the world about Chinese President Xi Jinping’s designs on “global hegemony and the capacity he has developed to actually execute.”

Earlier in the talk, he did make a distinction between the Chinese Communist Party and the Chinese populace, as well as Chinese-Americans, saying their rights to free speech also needed protecting from the CCP.

Mr. Pompeo was particularly concerned that only 11,000 Americans were studying in China versus 370,000 Chinese in the United States, contributing to a cultural knowledge deficit he implied was the result of China’s intent to capitalize on American innovation and its lack of openness to U.S. students and journalists.

The view fails to take into account the nuanced reasons many Chinese students come to the U.S., but to Dr. Wang, the problem is not the intentions of those who come; it’s that the Chinese government pressures them once they’re here.

“It is a pity that for the Chinese students who come here to study, the overall majority of them are not pre-selected agents for anybody. The problem … the secretary state was talking about was how to prevent them from being abused, recruited and taken advantage of. That’s a separate issue.”

Georgia Tech declined to comment for this story other than to say it provides all required information used in vetting international students, which is the purview of the State Department and the Department of Homeland Security.

Tech is the top university in the state for hosting foreign students and scholars, attracting 6,700 in the 2019-20 year. At the national average, that would translate to more than 2,000 from China, according to the most recent Open Doors Report backed by the State Department. Foreign students pay full out-of-state tuition — they spent $839.2 million last year in Georgia alone — and are seen as as crucial revenue source, helping subsidize many programs.

Tech has also operated joint engineering degree programs in China since 2014 and is in the process of opening a 40-acre campus funded by the government in the southern tech hub of Shenzhen, which remains open in view of China’s successful containment of COVID-19. Georgia Tech also has a foundation within China.

Prominent alumni in the country include James Jianzhang Liang, a Shanghai-based entrepreneur who founded the Chinese online travel platform Ctrip (now known as Trip.com). Dr. Liang made the single largest foreign gift in the history of the university in 2015, endowing a computing chair with $1.5 million. He followed up with gifts of $1.5 million and $75,000 in 2018, according to U.S. Department of Education report on foreign gifts at U.S. institutions, which also outlines Georgia Tech contracts with Chinese delivery firm SF Express and other companies.

In “Students or Spies?” a paper published in October for the Atlanta-based China Research Center‘s “China Currents” journal, Georgia Tech Regents Professor Emeritus John Krige outlined the background for what he views as legitimate tension between openness to a rising strategic rival and safeguarding national security.

He concluded that U.S.’s confrontational approach could scare off Chinese scholars, hindering access to key personnel for American tech companies like Google and Facebook while limiting the exchange of ideas in research settings.

“As for life in the laboratory, it is likely that the free-wheeling, spontaneous sharing of know-how, preliminary research findings, and research materials that fosters the production of cutting-edge knowledge will be circumscribed to protect intellectual property. Academic freedom will be jeopardized by government intervention in university labs that are increasingly administered like corporate R&D facilities.” 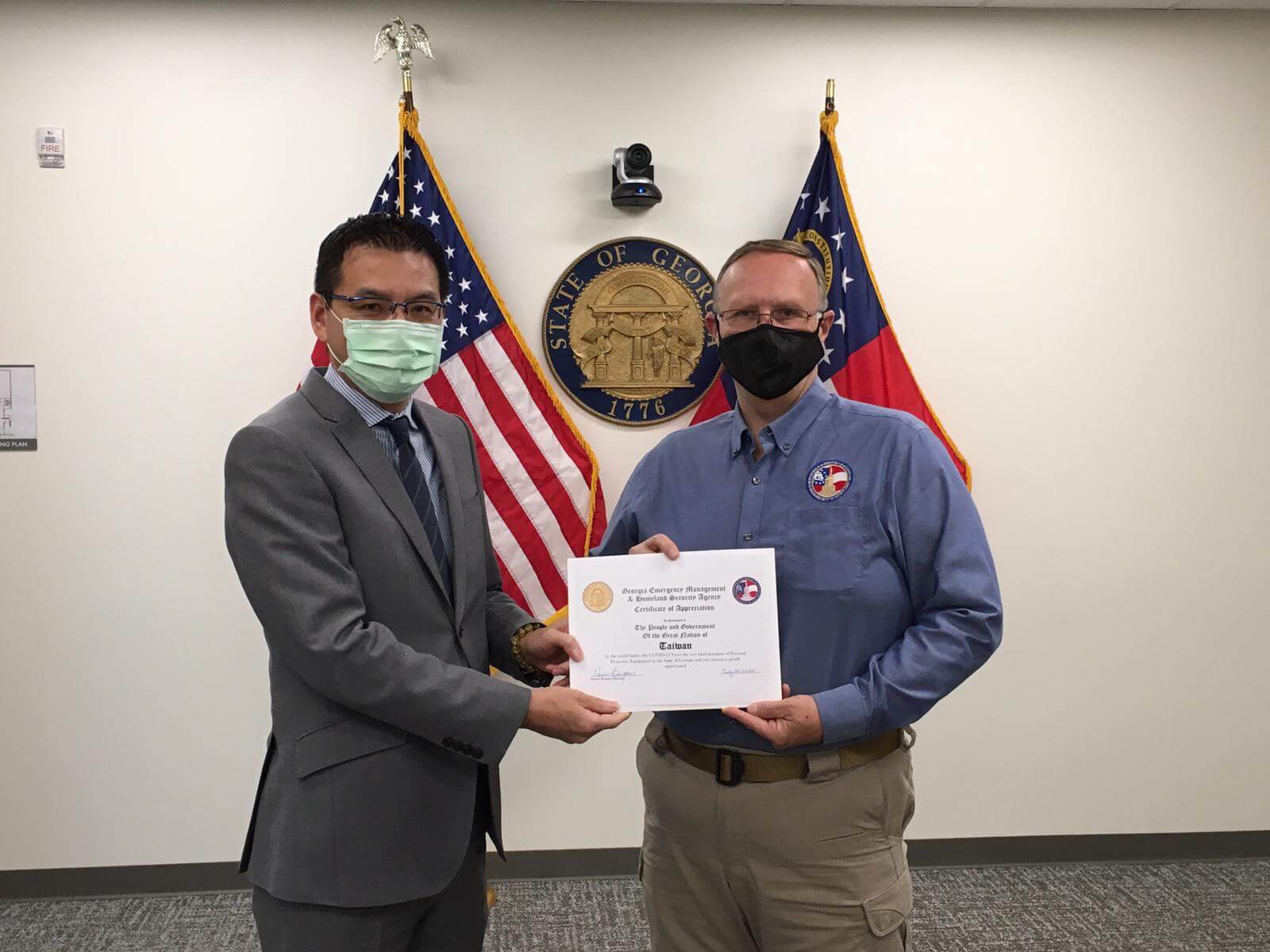 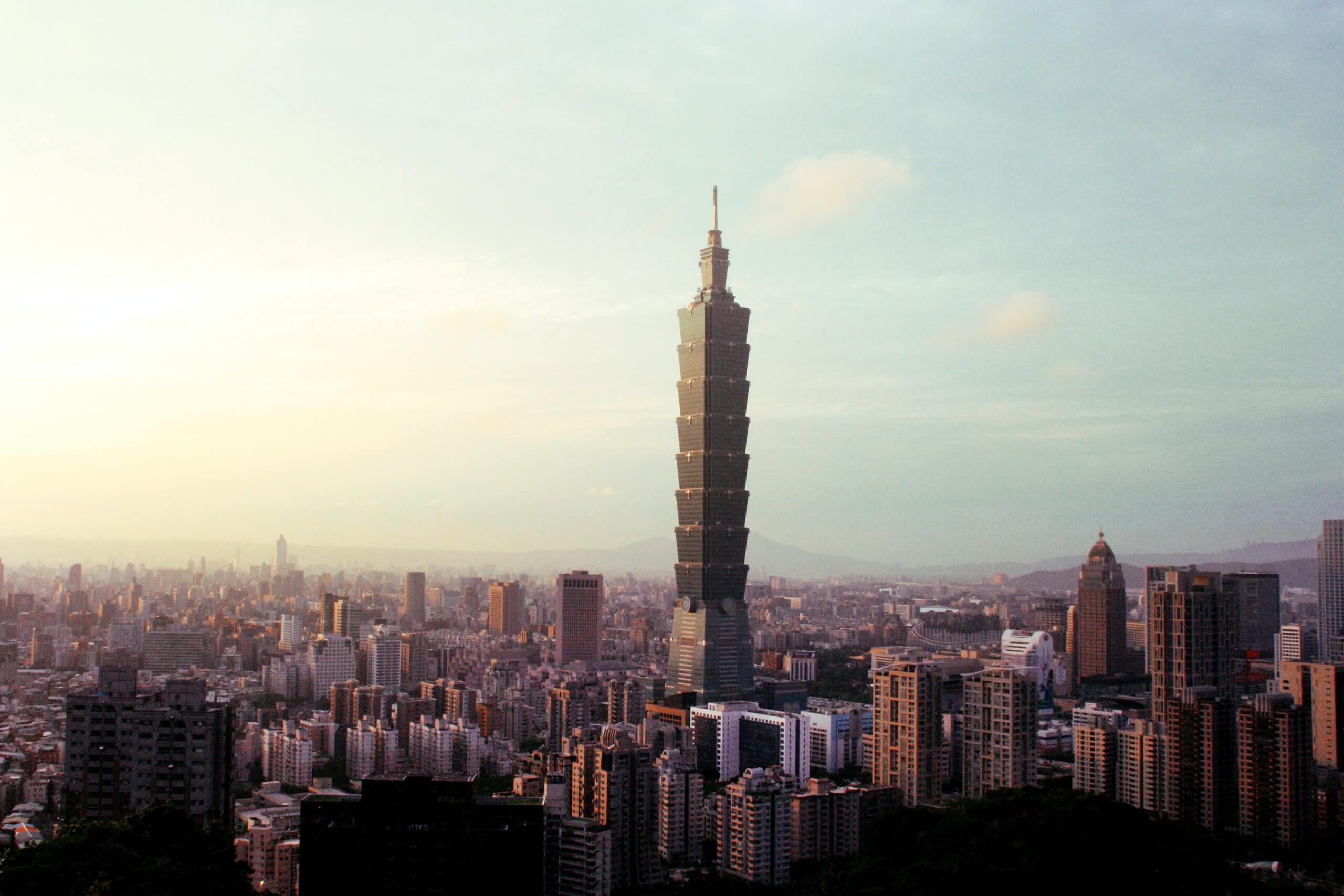 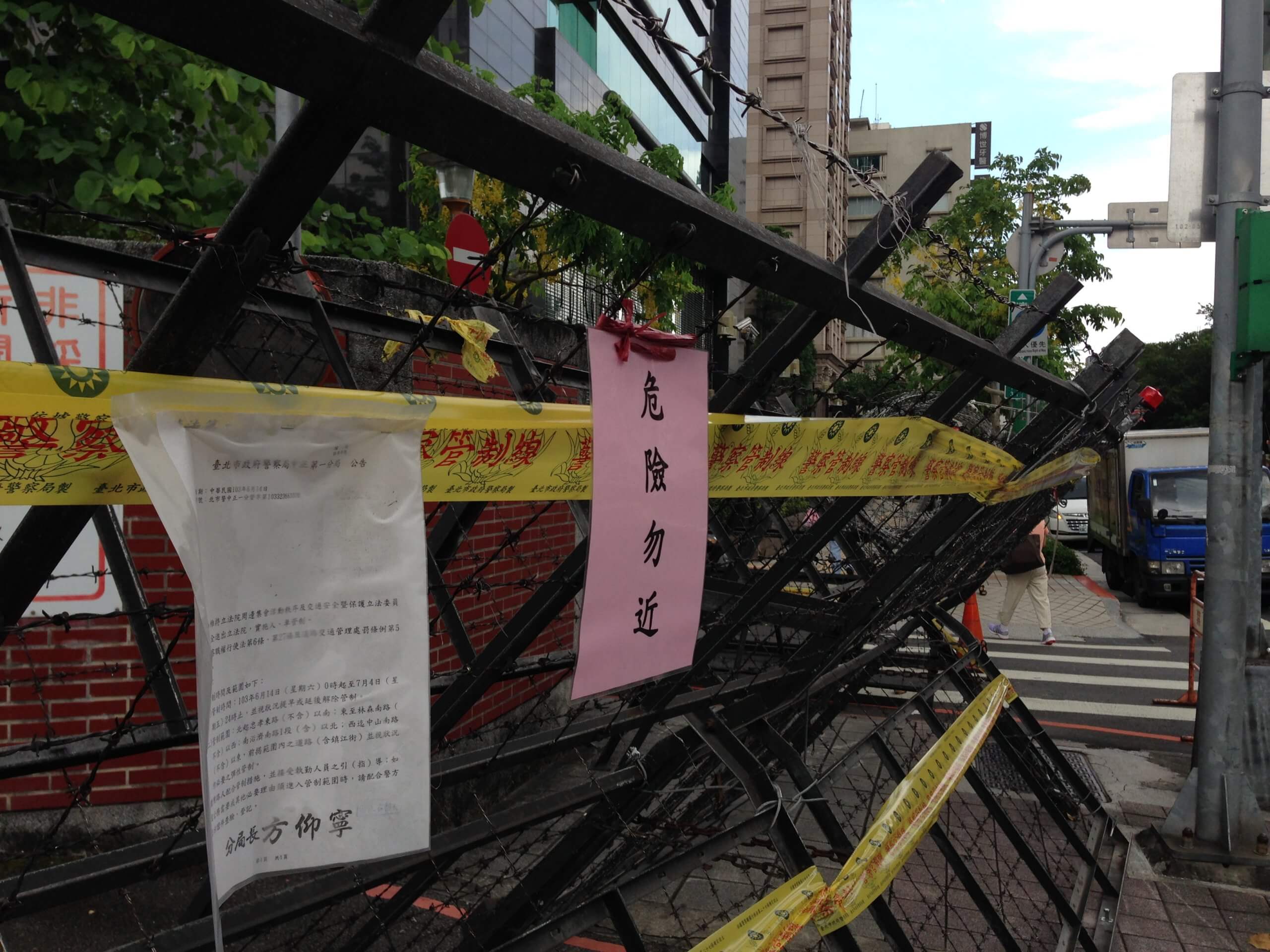