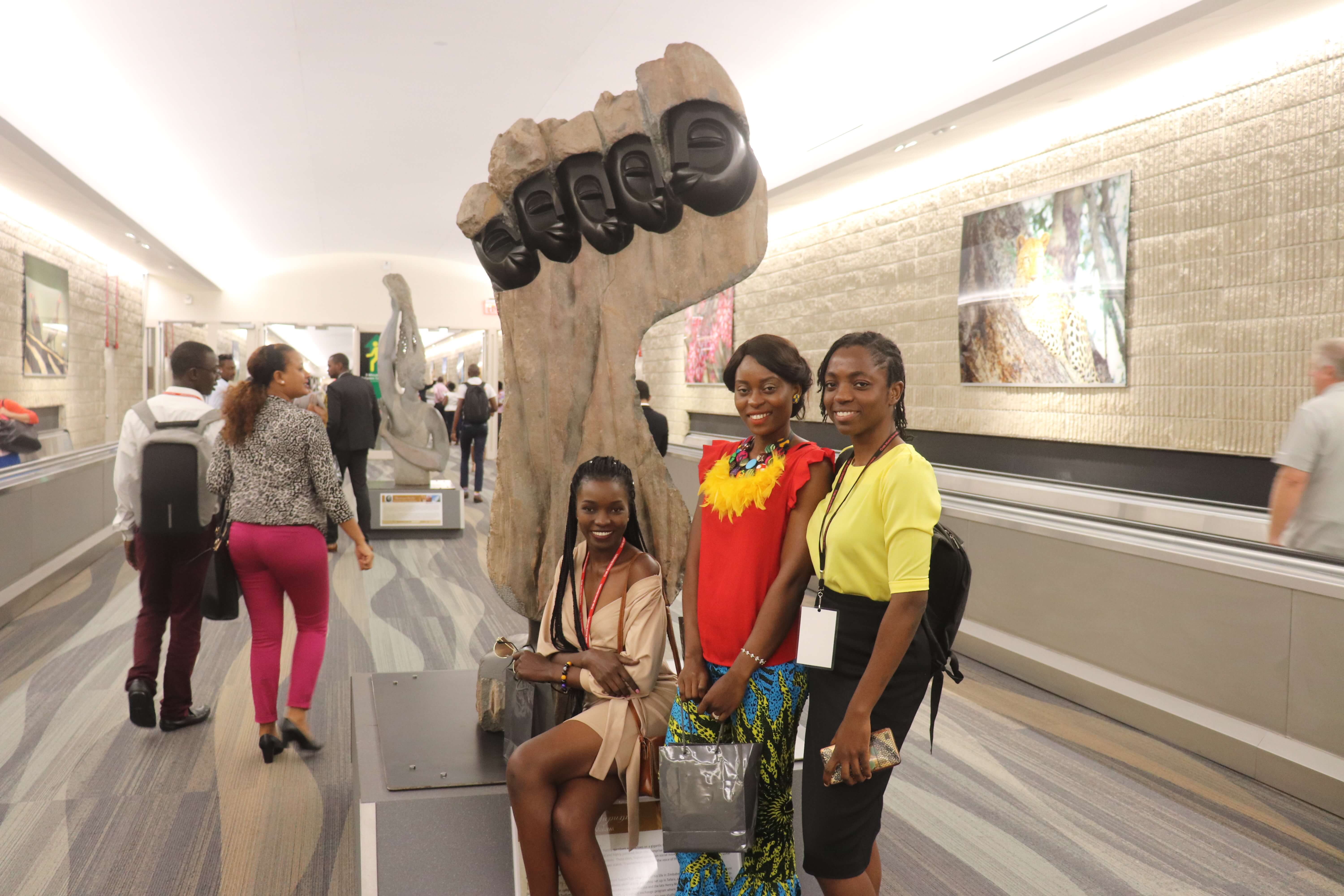 Fellows learned about innovation around the customer experience at Hartsfield-Jackson Atlanta International Airport in 2018 and were surprised to see a longstanding art exhibition on Zimbabwe.

Georgia is the only state around the country hosting participants in all three of the Young African Leaders Initiative’s professional development tracks: public and civic leadership, as well as entrepreneurship.

The U.S. State Department program, launched under the Obama administration in 2010, welcomes top entrepreneurs, activists and business owners from throughout the continent for a six-week learning experience in the U.S.

More than 3,700 people from 49 African countries have taken part over the life of the program. The goal is to build leadership capacity and foster U.S.-Africa connections across various segments of society, from agriculture to business, civil society, education and public service.

This year’s 700 fellows were selected from 38,000 applicants. They’ll fan out to various host cities and 27 institutions in 20 states, later converging in Washington for the capstone Mandela Washington Fellowship Summit. Seventy-five in all are now in Georgia.

Clark Atlanta University and Georgia State University served as early partners that each have perennially hosted 25 students per year.

Clark Atlanta is now in the sixth straight year of its Leadership in Business program with leaders from 19 countries. In the cards for them are visits to UPS, Hartsfield-Jackson Atlanta International Airport, IBM and Coca-Cola Co. They’ll also volunteer at local nonprofits and engage in business networking around the city at chamber events and beyond, starting with a dinner in the Old Fourth Ward Thursday evening.

Georgia State’s Public Management Institute is administered by the Andrew Young School of Policy Studies and will have fellows delving into Atlanta’s urban landscape, with a heavy focus on engaging experientially on civic issues, partly through volunteer work.

“Sharing the experiences and expertise of our faculty, staff and students with these Fellows, we enrich mutual understanding of complex problems and work together to make this world a better place,” Dean Sally Wallace said in a news release. This is GSU’s fifth class of Mandela Fellows.

The new addition this year is the University of Georgia, which will host a Civic Leadership Institute that promises “academic sessions, group discussions, living case studies, and site visits” around Georgia and the South.

On Thursday the participants were set to meet with leaders at the Atlanta Regional Commission. They will also travel to Montgomery, Ala., to learn more about the origins of the civil rights movement, then move on to New Orleans to understand the interplay between government and civil society in post-Katrina reconstruction efforts.

“UGA has developed considerable expertise in both civic engagement and international development practice,” said Brian Watkins, Director of International Initiatives at the UGA Office of Global Engagement and administrative director for the institute. “The Civic Engagement Institute at UGA represents a tremendous opportunity to capitalize on this expertise and to expose UGA students and faculty to the diverse experiences of leaders from across Africa.”

The State Department will encourage fellows returning to their home countries to stay connected with U.S. embassies and create projects that build on what they learned while traveling in the U.S.

They can even apply for grant funding to bring colleagues met in the U.S. over to their countries for continued work on approved projects.

Corporate and nonprofit engagement with the leaders is also encouraged. During the Mandela Fellowship Summit July 29-31, companies will be able to showcase their work in Africa via a Partnership Expo. See last year’s expo-participating organizations here.

The overall program is administered by the International Research & Exchanges Board (IREX).